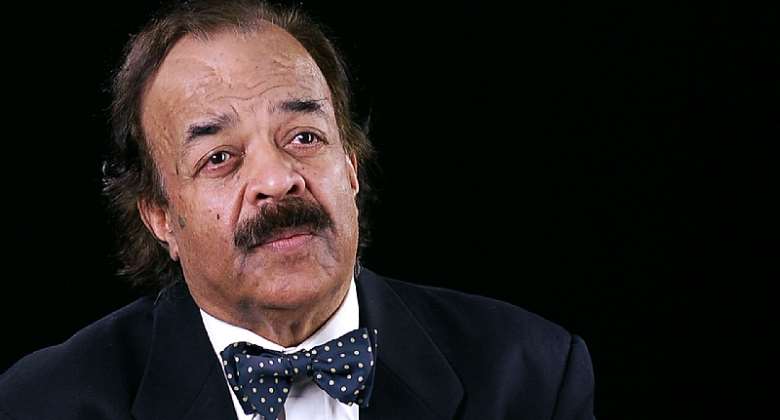 Beyond 2020 a typical $1000 dollar investment in technology will eliminate a $100,000 yearly executive job forever. It’s not the technology to fear; it’s the incompetence of the executive mandates not being aware of the pending technocalamity and transformational options.

Some three billion workers will be exposed to a new “workless’ world.

It’s neither the governments nor the leaderships fault; it’s a massive grassroots transformation coming into a new age. Historically speaking, it was not the fault of the Barbarianism, Invaders or Crusaders that led to a similar collapse of previous epochs. Similarly, it will not be the fault leadership for the modern day slipping away on economical development or drowning in globalization blues; it’s just that’s the very best of the best is on the table today queued to be replaced by something dramatically different and brand new via massive grassroots transformational deployment. This is how millennia long changes add up; this is how transformation is paced by centennial long progressions of mankind, this how we survive.

FACT: If modern leaderships knew any better it would have been deployed.

Slide your hands on the engravings on icy cold marbles of any ancient ruins and try to make sense of the glory of the past; it’s not that they were dumb or stupid rather they were at top of their game. Basically that was the very best of the period on the table. The only problem was, the system had peaked and repeated deployment of the same old broken system eventually created massive downfalls.

By 2025, for the first time ever in recorded history, there will be some one billion ‘Children of 2000’; this is the age group being born and fully exposed to the modern computer age. This group at this age will be far more informed and enlightened with worldly knowledge than any other group in history. During last few centuries, to acquire worldly knowledge took a lifetime and by the time one discovered enlightenment it was time to simply die.

This new group of billion alpha-dreamers in their 20s and 30s will have the youthful energy and a great future ahead to decide the dawn of the new future; they will chase the truth and follow the sun. They will plan out bold new policies to save mankind for the future and start a new era.

Today’s national leaderships isolating technology to blame are missing the boat as rapid adoption and national mobilization of entrepreneurialism to transform to cope with such pending tsunamis are now becoming new blueprints for smart nations. There is no escape, neither form increased incompetencies nor hyper transformational deployments; it’s becoming a whirlpool for easy drowning. Good swimming will be helpful.

Mobilization of Entrepreneurialism: To appreciate the global collaborative synthesizim, the rise of alpha dreamers and the impact of technocalamity transformational thinking and massive national mobilizations models are critical prerequisites. Smart organizations and nations in order to stand up to global age realities are betting on such entrepreneurial revolutions and are not afraid of bold and open dialogue while fakes are hiding in deep silence. Study Expothon Strategy by Naseem Javed and Mobilization of National Entrepreneurialism a deployment ready program by Mentorian Worldwide.

Women Power: All over the world, to begin with, we are all born as entrepreneurs. Hunter Gatherers were entrepreneurs; ask any academia now holding a pre-historic skull. Every mother is a natural born entrepreneur; someone so naturally hardwired to stretch minimal resources to build the maximum impact to make a family grow. As a grave leadership mistake, the worlds of women alone are the most neglected groups with restricted access to entrepreneurialism. Society tries very hard often very deliberately to molds us very differently. They fear the out of the box adventurous living always considered of lesser value over long-term but safe sentences in dull office buildings.

As a very scary thought from a bureaucracy vantage point, like this guy in California trying to explain that a plastic box with wire attached will change the world, while the smartest and most educated of the period just laughed at him. Do you know this guy?

This is why crayons were snatched from every child in every public school right across the country in the name of budget cutbacks to support other destructive ideas. Creativity is more powerful over most book knowledge. Most book knowledge was first originally created, by the free flow crazies of the period. There are no perquisites to be entrepreneurs, no degrees or certifications, just extreme love for whatever the goals, no matter how crazy or wild and extreme hyper-execution plans, no matters what and even if others fail to understand.

Entrepreneurialism is an open game for everyone, but reserved only for players and not spectators.

Silver medalists in order to become gold medalist tirelessly explore their physical and mental weaknesses in order to reach the gold. To gain the needed extra few seconds, the winning performances are not achieved by tripling up exercise routines, but rather by deeply discovering weaknesses, both physical and mental and then readjusting brand new progressive techniques to overcome such challenges. Like, high jumpers go scuba diving or fencers ski-diving. The understanding of one’s own incompetence is not a shameful process, but rather passports to victory. Understanding the strengths and weaknesses of the last fiber, rejuvenate new and focused energy.

Mega Organizations and complex governments today hide their mistakes and spend endless time and energy going over the same old traditions over and over again. Today’s well established failing hard work is just replaced by more hard work and becoming overly busy is a suicidal strategy. Most failing organizations of today are working tirelessly, exhausted by double-downing routines and yet still dwindle-downing results.

True entrepreneurs will not do this; Henry Ford neither invented the car nor the assembly lines, but deployed the most powerful systems to become a legend. He had the vision and knew how to get there with extraordinary discipline and deployments, but all on super fast track basis. It’s all about new knowledge and deployment speed. Working hard and being overly busy today are clear signs of achieving neither. Busy people have no new knowledge or the deployment speed. If they did they would never ever be busy; they would become just relaxed innovative thinkers and deployment experts. By the way, those busy hammering cars and square wheels were simply lost in the thick smoke.

Entrepreneurs never get tired; they never stop, and are never afraid of analysis, criticism or outright rejection; they are constantly evaluating themselves, even when there is no one watching. They are always changing and moving on advancements often faster than the pace of change. They have all the time on earth to seek out creative soft power based solutions for the advancements of cause. They are never locked into busy, useless procedures like ‘in’ and ‘out’ trays mentality; the destructive force of bureaucracies where what is in your ‘in’ tray counts and what is in the ‘out’ trays are someone else’s problems. They see only forward marching encompassing everything, and they will never cling to their ‘in’ tray. Liberate; burn all the ‘in’ and ‘out trays in a bonfire on your next office picnic.

Jack Ma of Alibaba was rejected each and every step along the way as he perfected his empire on global trade and on the go concept; he is being rejected right now, even today on so many fronts. The same is true for millions of other big and small entrepreneurs. This is a normal day for all of them. They take such issues in stride. For entrepreneurs rejections and failures are just the basic climbing steps of a ladder

It’s not that the future that appears too dark; it’s the brightness of imagination that’s too dim

For advanced players seeking massive local or national economical prosperity fronts request information on Cabinet Level Workshops on How Nations Can Achieve Such Entrepreneurial Deployments. Nations have options, as national leadership workshops are very special high power workshops, delivered as a cabinet level advisory on deployment strategy, on how to transform massive numbers of new and old entrepreneurs to re-enter into global age spotlights.