'Wahala' is Causing 'Wahala' For Govt 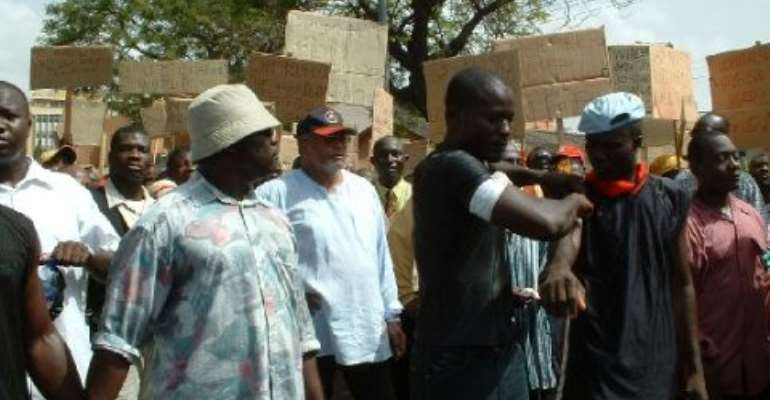 The Committee for Joint Action (CJA) has for the past three months been campaigning against fuel price increases and other government policies, which they say have brought untold hardship to Ghanaians.

Responding to a question in parliament on when money will be released for the rehabilitation of the Tamale hospital, the majority leader says the funds will be made available if the Wahala demonstrations stop.

“So I thought that we should be spared lessons on how we secure funds from the ministry of finance. When the wahala stops and more money comes in I'm sure we will get the answer,” he says.

He says the deputy health minister; Mrs. Gladys Ashitey has been sincere with Parliament and that the health ministry is liaising with the ministry of finance to that effect.

“I'm happy to hear the majority leader say they will stop imposing wahala on people. It's when they impose wahala that the people react, that you are imposing wahala with your policies. And then I hope that funds will be channeled to the public and not to private hotels,” he says.

The organizers of the Wahala demonstrations intend to stage another protest march next Tuesday in Techiman in the Brong Ahafo region.