Is the Invisible Forces that invisible? 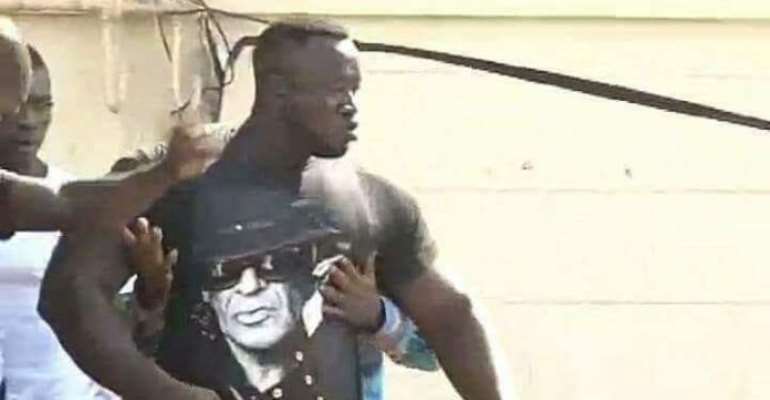 I am abashed as a concern Ghanaian looking at the series of perpetrators of crime which is damning and a serious threat to national security.

The invisible forces/ Delta force were biting with venom in opposition. They were highly revered for being a threat to the then government vigilante group’s.

The Delta force and invisible force went on rampage immediately the NPP won power. They had gained notoriety as being pampered “worms” in opposition and grew to bite with venom as an uncontrollable pythons in power.

It is the first time under the legal regime that there is clair demonstration of lawlessness. Ghanaians had alot of faith in the legal regime to fight this growing impunity but on the contrary, these groups are pampered into outgrowing and outsmarting common law.

These forces are unlawfully witch hunting former appointees of thievery. It is indeed right to inform authorities of supposed thievery if there is cos assets of Ghana belongs to us all but the nature with which they operated is the concern of well meaning Ghanaians. Are there no laws of retrieving state of state properties in public hands by fair or foul means????

They have on countless of occasions subjected the government under public ridicule because some of these assets were legally acquired.

They have also been to other state agencies NHIS, metro mass conductor’s, tool booths and other’s to demand for control and ownership without recourse to simple structures and laid down rules.

These groups had the nerves by disrespecting the government by ousting his choice as a security coordinator in no other region but the “world bank” of garnering for votes for the NPP all because he is not one of their own.

The chairman of REGSEC was there and the whole security machinery in place but they couldn’t gather any intelligence to avert the occurence of this shameful act. Are we in a “banana republic” as posited by Kweku Baako. These illegality soar at the top notch security post and nothing is done. Chairman Wontumi did indicated the group only visited George Adjei the security coordinator, what a shame.

The bigwig’s within the current regime could shamelessly sit on national television and radio to defend the indefensible, it is worrying and Ghanaians regret not voting the PNC into power. Some, Kennedy Agyepong has said these vigilante groups must be integrated into national security what a shame. These people have been biting with venom and if their activites shoud be legalized won’t they turn into cannibals. They must be disbanded and outlawed.

The worrying issue is how these bigwigs justify their activities. I have often maintained the NDC and the NPP are same wine in different bottles. How must Nana Akomea also justify this impunity with equalization???

Delta force thwarted and undermined the wheels of justice when court proceedings was in section in the full glare of the police that exhibit professionalism at duty point to take ¢1and ¢5 cedis shamefully by throwing their integrity to the dogs and nothing is done. A radio producer did indicated, he called Gabby Asare Okyere Darko former Director of Dankwah institute to speak about the issue and he said he cannot speak about them nor condemn them cos he risk coming to kumasi.

We are gradually losing out as a country lest we forget these groupings are a major ground for recruitment into terrorist activities. We must find a solution now or we risk this wreck in a hostile sail.

Kan Dapaa and Ambrose Dery my countryman must be up and doing to root out this menace.

Ghanaians are peace loving people and want to trade in a congenial environment which must not be undermined.

Let’s all speak about societal ills. This illegality must be rooted out as soon as possible.