When Stupidity Strikes: Even The Devil Can Have A Voice And The Madmen Can Dance

...The Uninvited Intrusion Of Ouko, Lumumba And Mensah In Liberian Affairs
By Jones Nhinson Williams 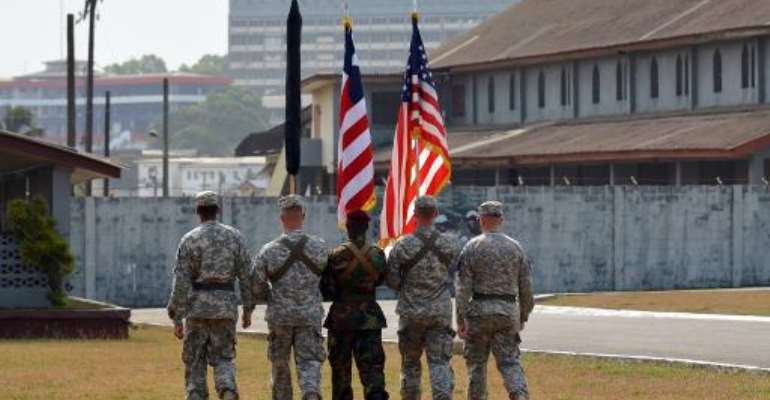 My mother never attended any school in her life; as such, she does not know how to read and write, nevertheless knows the names of any philosopher, ancient or contemporary. So, after I received my first degree from a well-regarded Catholic seminary and went to Liberia in 1993 to begin my pastoral year in the Catholic Archdiocese of Monrovia, she asked me: “Son, what did you do in college or the seminary, and, how can we call you?” I responded, “I have a degree in philosophy with high honors.”

She asked further, “What does that mean?” and I responded in layman terms, “It means wisdom, critical thinking.” She smiled and said, “Son, if wisdom is what you wanted to learn about or study, then you shouldn’t have gone to college or the seminary because you could have gotten that from the village and our old people if I had sent you there.” Yes! My mother values commonsense more than mere education, especially when “educated people” think and act stupid.

What confused me was what my mother implied; but I always knew that she is a unique unconventional thinker in her own right. So too are many wise mothers and old people in most villages and towns. Our villagers and old people in Africa know stupidity from wisdom, truths from falsehood, pretense from reality, and of course, lies from facts. That said, looking at what is happening in Liberia under President Sirleaf and the Unity Party’s regime reminds us that my mother was right when she once told me that: “When stupidity strikes even the devil can have a voice and the madmen can dance.”

The truth is, from 2006 to 2012, a new wave of futility has beholden Liberia, but not everyone wants to give a voice to the devil, and not everyone wants to see the madmen dance. Therefore, we urge Ouko, Lumumba and Mensah to desist from melding in Liberian domestic affairs in an uninformed manner. Enough is enough! Yes, we have serious problems in Liberia, but we equally have courageous and highly qualified Liberians to take up those issues and chart our own course. Deal with yours at home, because you do have yours, too.

One may wonder as to why we are opposed to the simulation of these so-called African experts and why we don’t want them meddling in our domestic affairs in Liberia. The reason is very simple: they are not credible, honest, trustworthy, and sincere. Furthermore, they are fronting, acting as paid agents to distort facts and intimidate our collective conscience with the intent of degrading the ethical courage of Liberians who stand up to the misrule in the country. Liberia and Liberians do not need these three disappointing individuals to tell them any truths or facts, or to make them think critically.

After all, there are some truths and facts that require critical thinking, and sometimes, a notch of advance education and accomplished experience. Equally, there are other things that really don’t require such processes, especially in the case of understanding and interpreting Liberia under President Ellen Johnson Sirleaf and her Unity Party’s government. In other words, it does not require a rocket science to know and explain about Liberia from any lenses, if contextualized from 2006 to 2012 when Liberians made Africa proud in electing the first woman president through a peaceful democratic electoral process.

This was a marked of history––a history that is not the making of President Ellen Johnson Sirleaf, but one that belongs to the ingenuity, courage, goodwill, and determination of the Liberian people, and one in which Mrs. Sirleaf is not just an incidental receiver but a glaring material beneficiary.

Ouko, Lumumba and Mensah know very well that President Ellen Johnson Sirleaf and her Unity Party’s government have failed Liberia, but that Liberia and the Liberian people have not fail. These three paid distortionary agents also understand that from 2006 to present, stupidity has overcome Liberia and most people therein seem to be dancing to its melody of corruption, nepotism, greed, and the abuse of power.

In all of this, one thing is certain though; not everyone in Ellen Johnson Sirleaf’s Unity Party’s Liberia is dancing. This is precisely why we don’t need the devil to have a voice and the madmen to dance in our serious domestic matters, especially when doing so is with mischief and trickery, and the sole intent to mislead.

Ouko said: “The General Auditing Commission (GAC) of Liberia from 2009-2013 was extremely corrupt and failed to comply with rules governing international financial best practices.” With this very slack offer, Ouko’s crack and charge was to dissuade the Liberian public from dealing with the reality that their government is 100 times corrupt and that friends and officials of the government were becoming richer at the expense of the Liberian people. However, he failed because we did not let him succeed.

After Ouko’s upset errand, then emerged another Kenyan paid agent by the name of PLO Lumumba. He was brought to Liberia to meddle in our public dialogue about dual citizenship. The self-assigned pan-Africanist, who, without knowing the recent hostile past of Liberia–– a past that led to huge refugee flow of Liberians around the world ––argued that he is opposed to a clarion call and justifiable quest for dual citizenship in Liberia. Lumumba’s invective was hypocrisy at best, especially considering that he is a dual citizen with both European and Kenyan nationalities. What Lumumba failed to discern is that, it is one thing to be a hypocrite in some things, i.e. politics; but it is quite a different thing when one takes hypocrisy and makes it naked, as he did in his recent outburst in Liberia.

It is weighty to note that Kenya, Lumumba’s native country, does not just recognize dual citizenship, it interprets citizenship in a more aggressive manner such that Lumumba is a beneficiary, and Kenya is also a beneficiary, developmentally and internationally. According to the Kenyan constitution, citizenship is bestowed when the following conditions are fulfilled:

There are only three things that come to mind: first, maybe Lumumba is paid to do a piece of work and so he had to fulfill that duty. If so, job well done! Second, perhaps he does not want Liberia to improve and benefit from the array of opportunities that come with Liberians having Western and Liberian nationalities, and third, maybe he thinks Liberians are stupid as his paymasters made him to believe. The good news is, Lumumba failed because we refused to let him thrive on his fictional narratives.

After these two disastrous efforts, the fraudsters in Liberia are now turning to Ghana for new experts, and they found a guy called Mensah to chastise an audit report (the “Kollie-Gate”) produced by the Liberian finance ministry which shows how some former officials there misused national resources intended to strengthen established and credible small and medium size businesses so that they could create jobs.

What more does the self-imputed Ghanaian financial wiz Patrick K. Mensah want to know or hear before he acknowledges that the entire “Private Sector Development Initiative” (PSDI) loan program undertaken by his paymasters was not only a waste, but a squandered venture that some apostate officials used to line their pockets and private accounts as well as those of their special relations. Mensah and his Liberian employers need to know that the mechanics of the so-called PSDI loan process was and is faulty. Besides, the unintended upshot is undesiring, and for this reason, Liberians are very much unhappy. Mensah should also know, if he does not know by now, that Liberians are not fools. We have professional and capable Liberians in every walk of life. Mensah also needs to know that the fact Liberians made a ghastly mistake in 2006 to elect President Sirleaf and the Unity Party, and a colossal misjudgment in re-electing them does not mean we are hopeless.

Here is the datum: when we have some Liberian beneficiaries (i.e. Samuel Jackson) of the so-called PSDI loan plan say that their names were placed on the list of recipients unknowing to them, and that they have not received a dime from the finance ministry, what else needs to be said before the likes of Mensah can reason to conclude that this whole loan program was a hoax. Did Mensah expect the auditors to secretly inform the alleged culprits about the findings so that they could suppress the report at the higher level?

Please! Edward R.O. Ouko, PLO Lumumba and Patrick K. Mensah stay in your respective nations and solve your problems, because you have some, too. This is the last time we will mention your names in Liberian domestic and international affairs because we refused to make you consequential. We refused to give you a voice and a place in Liberian history and body politics, even as stupidity strikes in our land.

About the Author:
Jones Nhinson Williams is a Liberian philosopher (born in Pleebo, Maryland County but hailed from River Gee County) firmly educated by the Catholic Church. He is an American trained public policy, labor market information, strategic management and workforce development professional with accomplished global experience in job creation and institutional governance.