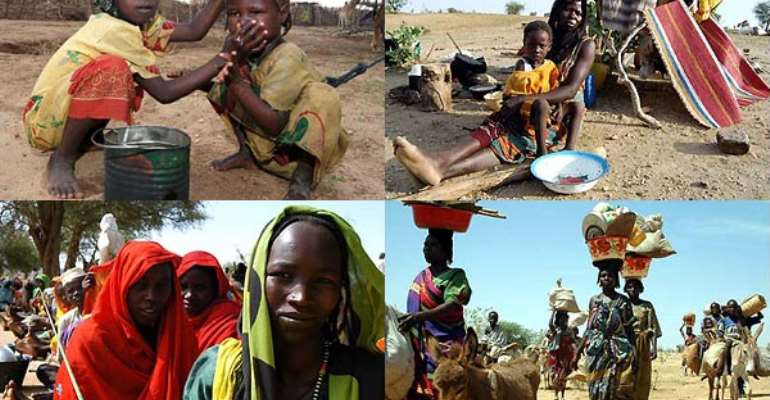 The government has denied about 50 people from Sudan refugee status, while another 527 who claim they came from Sierra Leone due to the conflict there, have been turned down and would be repatriated.

The Interior Minister, Papa Owusu Ankoma told Public Agenda that the government has informed the United Nations High Commission for Refugee (UNHCR) about the rejection.

Ankoma stressed that the hundreds of refugees and asylum seekers in Ghana is taking a heavy toll on the government. At the moment, he said, Ghana is home to about 48,000 refugees which the government is trying to repatriate by sourcing for funds to send them to their countries of origin, failing for which forceful repatriation will be applied.

He explained that in reality, Ghana gets the least in international support for refugees, and so she is not under any obligation to resettle them, as this depends strictly on the country's capacity.

"We do not encourage asylum seekers, but we are trying to abide by our international obligation. We cannot over do what our resources can't allow us do".

The minister explained that every asylum seeker who has been refused a refugee status is considered an illegal immigrant and would be dealt with according to the law.

He, however, emphasised that Ghana's hospitality is being taken for granted by aliens and refugees, so if that hospitality is been abused, then the right thing must be done by applying appropriate measures to stem the situation.

"We should not get the impression that we are under siege and that there is an influx because our boarders are porous. Our boarders being porous is relative because not every inch of it can be policed for every 24 hours", he added.

Expressing government's reaction to the situation, he said "government is very disappointed in the way and manner refugees find their way into Ghana since they go through many countries before entering the country", but was quick to admit that "maybe they find Ghana more hospitable and safe".

He said the perception Ghanaians have, is that aliens or foreigners who enter the country are not screened thoroughly, and that they are accepted for some obvious reasons, should be discarded.

The minister pointed out that: "My ministry is in close consultation with the National Disaster Management Organisation (NADMO) and the districts which share common borders with Togo and Cote d'Ivoire to take steps to deal with any influx of refugees."