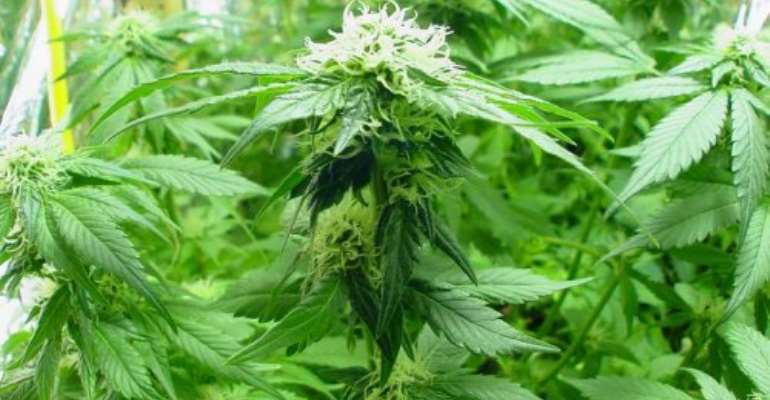 Takoradi, May 11, GNA - The Takoradi Circuit Court "A" on Wednesday remanded Joseph Kwaku Amankwa, a 72-year-old goldsmith at Asankrangwaa, in prison custody for possessing marijuana.

He pleaded guilty and is to re-appear on May 25 this year. Kwame Seidu, a 22-year-old farmer who is jointly charged with Amankwa has jumped bail.

Prosecuting, Police Chief Inspector Hedidor said in December 1999, the Police at Asankrangwa arrested Seidu for threatening somebody and found in his pocket a wrapper of dried leaves suspected to be marijuana. He said upon interrogation, Seidu disclosed that he bought the leaves from Amankwa and led the Police to his house.

Chief Inspector Hedidor said when Amankwa's room was searched 30 wrappers and an some of the leaves were found.

He said Amankwa admitted selling some of the leaves to Seidu. Chief Inspector Hedidor said the leaves were sent to the Police forensic laboratory and examination proved that it was cannabis, weighing 770 grams.