Did President Akufo-Addo Seek Advice From The Western Togolander? 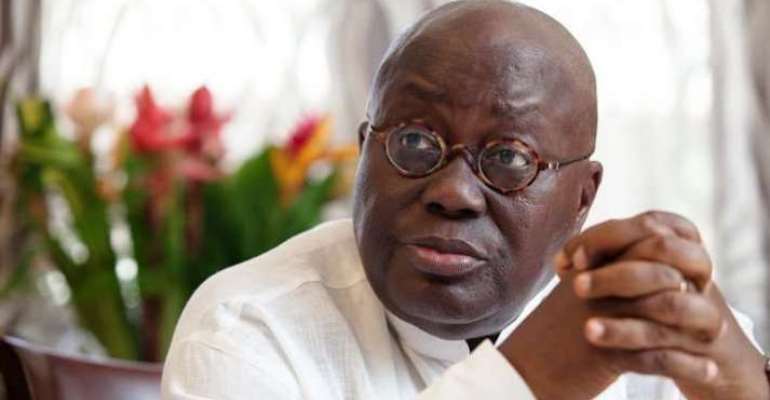 Do not be surprised seeing me praising President Akufo-Addo for a job well-done. Those who think that I hate President Akufo-Addo and his big size government are wrong. Expressing my views in national interest which is my constitutional rights does not amount to hatred. I love my Country Ghana and respect the collective decision of 2016 general polls.

However, it is my belief that in the game of politics, there are no permanent friends or permanent enemies, only permanent interests.

Please join me to commend President Akufo-Addo for his prudent decision to invite the three living former Presidents of the Unitary Republic of Ghana to his office for a course I am yet to unravel. Well done Mr. President. You have earn my respect once again.

The posture, the handshakes and the smiles of all the four Presidents speak volumes and send direct message to the political conscience of the political foes who thinks that politics is all about hate and insult and never of peace and unity.

Now, why is this happening at the time Ghanaians are accessing the government abysmal performance in the first hundred days in office? Is it a course to divert attention of Ghanaians?

Never mind, but something else happened. There was a closed door meeting between the four Presidents and that seems to be the primary motive behind the invitation.

Now my curiosity born once again.
I began to cast my mind back in the wake of the fourth Republic in 1992 in which the New Patriotic Party (NPP) was under the reign of Prof. Albert Adu Boahen.

In 1992, NPP refused to accept J.J Rawlings as the President of Ghana because he is a Western Togolander (Ewe), therefore a stranger and do not deserve to lead Ghana. The air one could breathe at the time was filled with “ye gye yen mann” (we are taking our country back). From who? J.J Rawlings. He is a son and patriot of Western Togoland therefore a foreigner, followed by unprintable insults. Of cause you vividly remember those insults.

Is it not appalling that today, President Akufo-Addo have seen something good in Western Togolander (Rawlings), whose three brothers have being arrested by the State and charged them with death penalty, to come and reason with him (Akufo-Addo) on matters affecting the state? The same State that is trialing J.J Rawlings brothers for death penalty? “Kumbaya my Lord Kumbaya”.

Ever since the Homeland Study Group Foundation (HSGF) trio was arrested and charged with treason for having their members wearing T-shirt with inscription, “9th May is our day”, President Akuf-Addo have not come out to say a word about it. But yet, he took pleasure to invites the brother of the victims to offer him (Akufo-Addo) experience advice on how to lead Ghana.

For the record, J.J Rawlings love his people (Western Togolanders), he love his brothers, and therefore, anyone who seek Rawlings advised must as well as treat his brothers fairly.

Still on political discourse, NPP under Mr. Akufo-Addo gave Alhaji Dr. Bawumia the opportunity to formulate national chorus by calling President Mahama incompetent. NPP song this chorus like never before. And as if that was not enough, Alhaji Bawumia’s wife, Semira Bawumia, I heard people says she is Fulani descendant, formulated another chorus by calling President Mahama useless President. Hum, husband and wife formulating chorus after chorus.

What chorus do Semira Bawumia have in stored for President Akufo-Addo for haven a closed door meeting with useless President Mahama? We have the men, we have the men, its turn out to be Abroni DC.

Is President Akufo-Addo justified by polluting himself with “useless and incompetent” ideas?

Is Western Togolanders now important in Ghana’s politics? Are they now Ghanaians? When? The plebiscite speaks otherwise.

Arise for Western Togoland.
DEMOCRACY IS THE SOLUTION.
#freeHSGF3now.