Stop Galamsey Activities On Our Lands….And Give The People And Generations A Hopeful Future 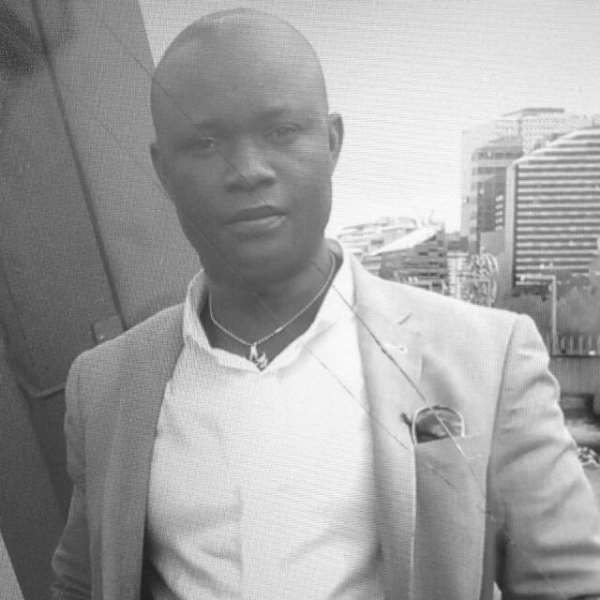 We decry the degree at which the environment of the area, including soils, vegetation, streams, rivers and other natural resources are being degraded and polluted by the galamsey operators. The concern is the fact that both traditional and political leaders of the area and the nation at large appear to be unconcerned about the menace brought on the people by galamsey operators. We thereby petition the authorities to bring an immediate cessation to the galamsey menace in the area.

The Western region of Ghana is blessed with rich forest lands that produce timber for exports and for domestic uses.Rich fertile soils that supply food and cocoa for exports and minerals such as oil, gold, bauxite, manganese and others that has sustained the country over the years. Many of the resources in the region have been concentrated in the Western North section of the region where bauxite is mined at Awaso, gold is mined at Bibiani and Chirano, all within a small area in the Sehwi Anhwiaso-Bibiani-Bekwai District.

Cocoa production at Enchi, Suaman, Sehwi Wiawso and Wassa Amanfi areas are also notable. In other parts of the world, an area that is endowed with such natural resources would normally have good roads, good medical facilities, healthy water supplies and good schools but all these are lacking in the Western North area of Ghana. Recently, the area has seen the invasion of groups of foreign workers from China, Burkina Faso, Togo and other nationals from nearby West African countries.

These workers are often led by Ghanaians who pose as front men for prominent Chinese, Indians, and nationals from overseas who own the local galamsey businesses. The foreign galamsey operators are armed to the teeth and they instil fear into the inhabitants in collaboration with some local people. They invade farms and lands of the inhabitants and turn them into exclusive mining zones.

The disturbance of local soils through mechanical agitation of various types, including digging, stirring, overturning and the mixing of the top and subsoils has rendered the soil infertile and therefore compelled farmers in the area to seek alternate means of survival. In Western North, the land is the pride of the people and the major source of income to majority of the population.

The area has for long been noted for its food production but today the rich natural resource has become a wasteland and the once enthusiastic community of farmers have been turned into beggars and unemployed citizens because few citizens chose to exploit the land for their personal gains.

The region which once led the country in cocoa production has experienced decline in cocoa and food production since the onset of galamsey activities. The fear of the galamsey operators attacking the farmers has kept many farmers indoors for the fact of being attacked. Why on earth should law abiding citizens be subjected to such terrorism on their own land? We categorically condemn the menace being perpetrated on communities in the area and we call on concerned Ghanaians to join us in demanding an immediate end to the naked robbery and deprivation of the inalienable rights of the people in the area.

The excessive stirring of the soil produces silt that has filled up the valleys of rivers and turned the once perennially flowing rivers such as the Ankobra, Bia, Tano, Subiri and many others into tracks of dust. Today, streams and springs that gave life to the headwaters of such rivers such as Ankobra, Bia, Tano, Subri and others have completely disappeared and the main channels of the rivers rejuvenate only after heavy downpours to cause severe flooding.

As the rivers and streams have disappeared, so has fishing which provided the main source of protein for the poor communities in the area. We note with concern that the Western North lacks any portable water supply system and the rivers in the area have been the only source of water for drinking and for other domestic uses.

As it has already driven out farming on their land, galamsey has also deprived the people of their only source of drinking water and is compelling the inhabitants to depend on bottled water to meet domestic needs. The implications of these galamsey activities on the future of people in the area and thereby the future of Ghana’s development cannot be overlooked.

The destruction of the land by the indiscriminate mining activities is obvious, but more dangerous is the fact that real impacts of the damage caused by galamsey activities will take decades to show up in the lives of the people. Soils that have been destroyed today will also take decades to regenerate and be restored naturally. It is sad to note that extremely high doses of cyanide salt and mercury are used in local galamsay operations on the lands, rivers and stream beds to extract gold from the soil materials. These chemicals are poisonous and hence unsafe to humans and the natural environment.

According to the World Health Organization, exposure to mercury, even small amounts, may cause serious health problems and as such threatens the development of a child in the uterus and early in life. Mercury has serious toxic effects on the nervous, digestive and immune systems, lungs, kidneys, skin and eyes as such mercury is considered by WHO as one of the top ten chemicals that is of major public health concern. The galamsey could therefore jeopardize the future of children born in the area.

The youth of the area are highly agitated and are getting more restless each day over these galamsey activities. We know about the fatal clashes between Fulani invaders and inhabitants of parts of the Ashanti region and we must not wait for things to happen before we act. The most recent incident which failed to capture media and national attention occurred at Mafia in the Juaboso District of the Western region where some agitated youths burnt excavator believed to belong to some galamsey operators in the area.

We must learn to anticipate events then act to diffuse them. In this regard, we endorse the wise words from Nana Akufo-Addo, the president of Ghana who in his speech marking the 60th anniversary of Ghana decried the reckless destruction of our environment and appealed to all Ghanaians thus “Let us mobilize for the happy and prosperous Ghana of tomorrow, in which all of us, including our youth, our women and the vulnerable in our society, will have equal opportunities to realize their potential, and build lives of dignity. Then, our independence will be meaningful”.

We, the youth of the area call on Chiefs of the Area, Minister of Lands and Natural Resources, Western Regional Minister, EPA, Members of Parliament from the area to act to bring an immediate end to the unrestricted galamsey operations in the area. We also call on the Inspector General of Police and other law enforcement bodies to apply the rules on the carrying of fire arms, check the invasion and seizure of farmlands in the area. We shall conclude here and we hope to hearing from you soon concerning the issues raised above to save the environment and provide better standard of living for the people in Western North.