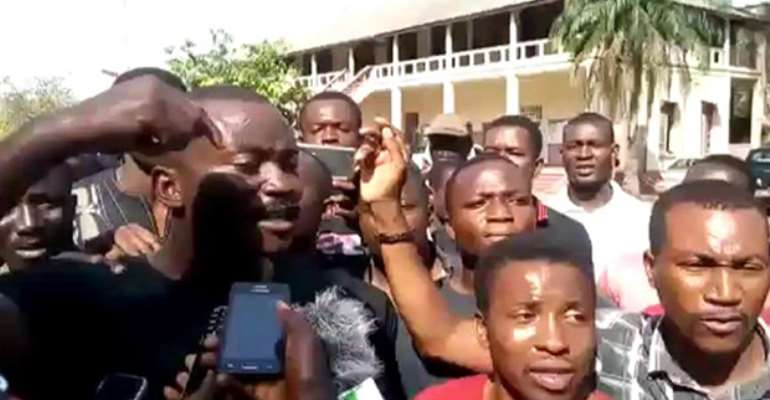 Drama unfolded when about 50 stoutly-built members of the Delta Force, a vigilante group in Kumasi, invaded the KMA Circuit Court and infamously set 13 of their members, who had been remanded into prison custody for two weeks, free in the presence of armed police personnel yesterday.

The court, presided over by Mary M.E. Nsenkyire, also issued a bench warrant for the immediate arrest of eight other members of the group, who refused to appear in court to face four charges that had been preferred against them.

The Interior Minister Ambrose Dery hurriedly organized a press conference and called for the arrest of the suspects.

Mr Dery declared that members of the group would be arrested and brought to book.

He said other security agencies would be engaged, if necessary, to clamp down on the activities of the group to ensure that justice prevails.

Speaking at an emergency press conference in Accra, Mr Dery warned the perpetrators that it would be in their interest to submit themselves to the police.

“We absolutely condemn the incident that took place in Kumasi. We are going to make sure that the law takes it course and that no one in Ghana is above the law. The police are pursuing the 13 suspects, and I wish to make it clear that we shall do all within our power to make sure they are arrested and brought to face the law. Let the message go out there to the 13 persons that it is in their interest to re-submit themselves to the due process and have their day in court, than the police to pursue them. But if need be, we shall involve all other security agencies, as it may be necessary to make sure that they are brought to justice,” the minister warned.

After the judge had remanded the accused persons into prison custody, the aggrieved members of the group rejected the ruling and ordered the 13 accused persons to leave the court with them.

Bail Request Rejected
Counsel for the Delta Force members pleaded with the presiding judge to grant bail to his clients, promising that they would be available to assist in the determination of the case, but the court flatly refused to grant them bail.

Court Invasion
Immediately the presiding judge delivered her verdict, some stoutly-built members of the group, who had been at the court premises all day, started singing war songs and rushed into the courtroom in a violent fashion.

The angry men, who were ready to face anyone that would dare prevent them, subsequently caused a stir by ordering their 13 colleagues, who were then standing in the dock, to leave the courtroom in the presence of the presiding judge and policemen who watched in awe.

The hapless four police personnel, including a female, on duty in the courtroom looked hapless when the macho men displayed absolute power which compelled fear-stricken people at the place to run for cover. 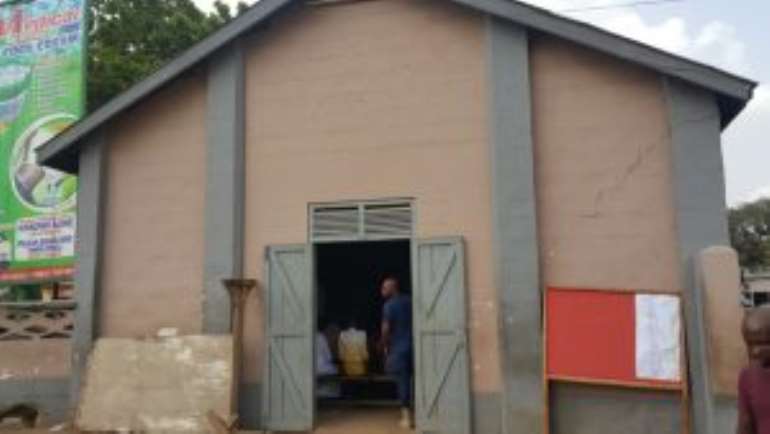 Judge Takes Cover
Reports said that some policemen had to act as a shield around the judge, who they ushered into her chambers in order to prevent the Delta Force members from attacking her for delivering the verdict.

Display of Power
The Delta Force members, who virtually had a field day in the courtroom, reportedly vandalized some items, including a notice board of the court, which is used to convey vital information to people who throng the court to seek justice.

They then marched through some principal streets of Kumasi, especially Adum, the Central Business District (CBD), amid threats that they would deal ruthlessly with anyone, including the police, that would try to re-arrest the accused persons.

Arrest
The Ashanti Regional Police spokesman, ASP Yaw Nketiah-Yeboah confirmed the arrest of eight members of the group at the Asafo Overhead close to the Prempeh Assembly Hall as at the time of filing the report.