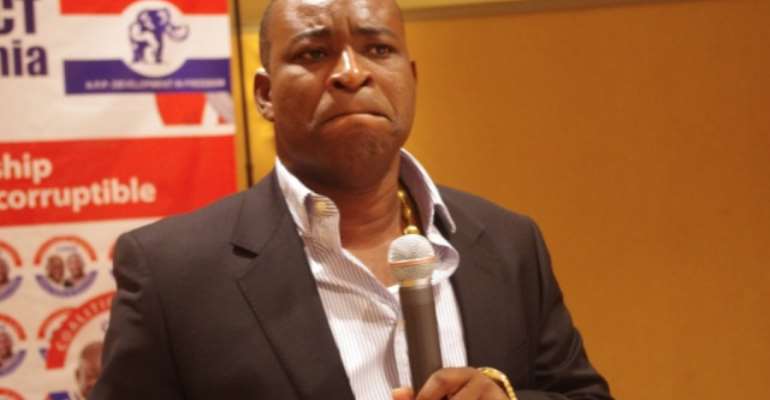 The Member of Parliament for Assin Central, Kennedy Agyapong, and the New Patriotic Party (NPP) chairman in the Ashanti Region, Bernard Antwi Boasiako (Wontumi), must be blamed and arrested for the attacks on a Kumasi Circuit Court allegedly by members of the Delta Force, a private security arm within the NPP, the Movement for the Kingdom Image (MFKI) has said.

According to the group, these two personalities in the NPP have consistently defended and endorsed the actions of the Delta Force, a situation which has emboldened them to carry out attacks.

A statement issued by its president, Osempakani Kaakyire Kofi, said: “We, the Movement for the Kingdom Image (MFKI), want to express our deepest disappointment in the leadership of the NPP with regards to the lawless activities of the notorious Delta Forces in the country and want to state without fear that Kennedy Agyapong and Chairman Wontumi are the fertiliser to that unscrupulous actions and that they should be arrested first.

“On countless occasions these party vibrants have been defending the formation and activities of these vigilante groups in the party, which have motivated these notorious rebels to permeate the impermeable. Again we were highly disappointed that the NPP leadership, specifically the Minister for National Security, Kan Dapaah, saying he has made investigations and it shows that Delta Force and Invisible Forces are not registered entities.

“We are all aware that these groups belong to the NPP and the party recognises them as a party security agency, so whether or not they are registered is flawed and that the minister and his party bigwigs are responsible for this chaos in the country currently. Mr Kennedy Agyapong and Chairman Wontumi have always sounded like people who do not see anything wrong with the devilish activities of these forces and we think that has encouraged the young men to continue this lawlessness.

“The Akufo-Addo government must prove beyond all reasonable doubt that the NPP is not a violent party, because for now those who called them names are almost vindicated. Ghana needs peace and disciplined leadership, not cheap talkers.”