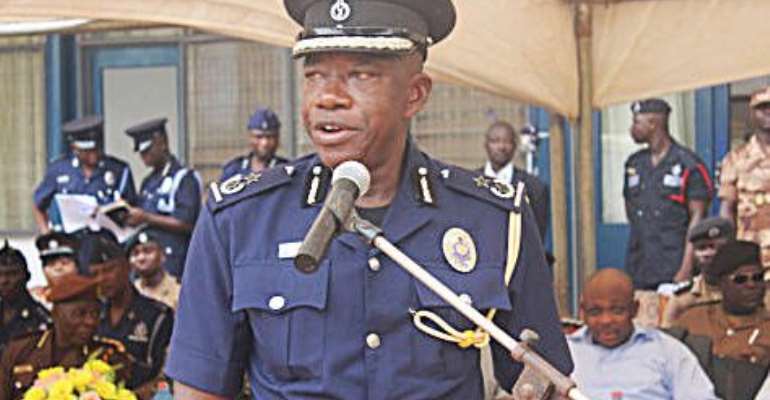 Following the escape of 13 accused members of the New Patriotic Party-affiliated vigilante group, Delta Force, from the Kumasi circuit court, the Ashanti Regional Police command has revealed that its personnel at the court may have been blindsided by the route the Delta Force members used.

According to the Ashanti Regional Police’s Public Relations Officer, ASP Nketia Yeboah, the members of the vigilante group fled through a restricted area meant for judges and the police personnel were not expecting that.

The 13 escaped after other members of the vigilante group monitoring the court proceedings sparked confusion on Thursday during the hearing.

Speaking on the Citi Breakfast Show, ASP Yeboah explained that the Delta Force's escape route was “through a restricted area where no one was allowed to go. There has not been a precedent of that in any country. But we learn from such incidents and we have taken notice… it is not that we stood aloof or unconcerned.”

“It is not the number [of police personnel] that determined the escape or anything of that sort… if you were there, it will never occur to you that somebody will pass there,” he explained.

Maintaining law and order not beyond us
The Ashanti Region has seen some of the more extreme instances of vigilante action in recent times, beginning with the  Delta Force's raiding  of the Regional Coordinating Council where they assaulted the Ashanti Regional Security Coordinator, George Adjei, and culminating the havoc at the Kumasi Circuit court. 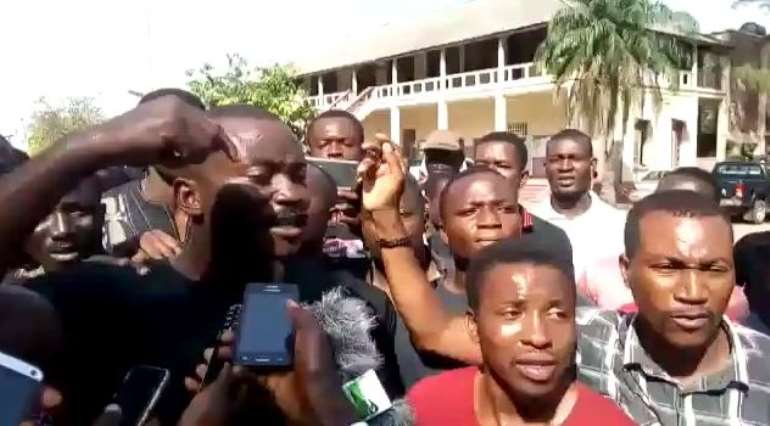 File photo: Delta Force members
With growing concerns of the police's perceived laxity towards vigilante groups across the country, ASP Yeboah assured that the Ashanti Regional Police Comand was capable of ensuring law and order.

“It is not beyond us and the Ashanti Regional Police command can handle it… we didn't just sit by. We want to prove that, contrary to the negative perceptions, we are up to the task,” he said.

“My Regional commander was the Northern Regional commander for about three years and you can imagine some of the cases that came up during his tenure. All of us are proven police officers. There is no way we will let things go out of hand like that.”

ASP Yeboah was speaking after it was confirmed that the 13 accused members of the NPP-affiliated vigilante group reported themselves to Police and are in custody.

The 13 Delta Force members were facing charges for besieging Ashanti Regional Coordinating Council and the judge had ruled that the 13 be remanded to reappear before the court on the 20th of April, 2017 after charges of conspiracy to assault a public officer and causing unlawful damage.

The displeasure with the ruling sparked the confusion at the court leading to the escape of the 13. The Judge, Mary Senkyere was also almost assaulted by members of the vigilante group present.

Following the confusion at the court, the Ashanti Regional Police Command also arrested eight members of the group who attacked the court.