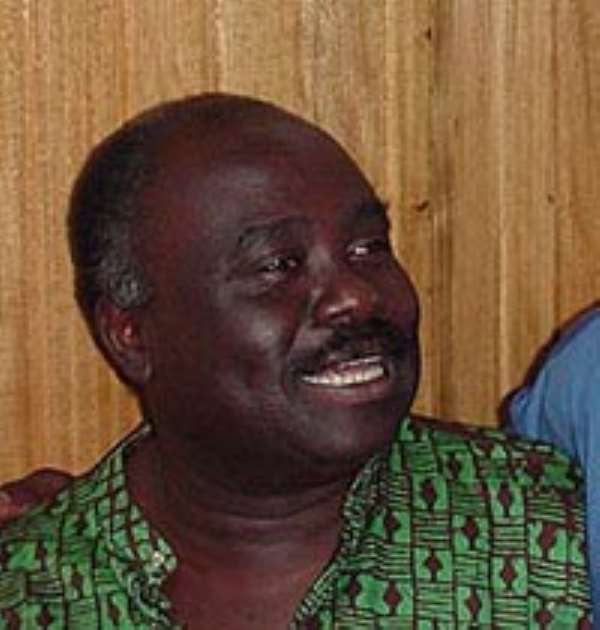 .. It's my private business, not your business, he roars Investigations conducted by The Chronicle have revealed that Dr Charles Wereko-Brobby, the former Chief Executive of the Volta River Authority, whose short term of office was characterized by incessant workers' agitation, which suddenly led to his controversial resignation, took home ¢2,283,388,993.14 (¢2.283billion) as a resignation package.

Upon separating from the VRA as the Chief Executive, just after two years of the supposed four-year renewable tenure, he was served a letter signed by the board chairman, Osei Asamoa Bonsu, titled 'Entitlements upon separation from Volta River Authority,' categorically stating the benefits Dr. Wereko-Brobby was entitled to.

In the said letter, Asamoa Bonsu, a chartered accountant and personal accountant of President Kufuor, stated that at an Extra-Ordinary meeting of board members of the Authority, held on Friday March 26, 2004, the members considered the payment of Dr. Wereko-Brobby's entitlements, following his separation from the service of the VRA.

He noted further that the board had considered the senior staff's conditions of service as at the time of his separation, to which he was subject, as well as the benefits paid to previous Chief Executives of the Authority.

This, he stated, had become the precedent, which was deemed part of his underlying contract.

He was to benefit also from end-of-service award, as a special case since his separation was being treated as redundancy, hence would be paid on the redundancy formula under the senior staff's conditions of service.

This was however not paid to former chief executives of the Authority, so it could not be paid to him.

For his salary, he was to be paid in accordance with the conditions of service, using the previous formula applied in the case of Chief Executives of the Authority.

Against all odds, as staff of the authority are not usually entitled to draw fuel upon separation, his case was treated as special, so he was allocated fuel amounting to ¢2,665,065.60 from January to March 31, 2003.

Also, he kept withdrawing fuel at the service bay, even when he had ceased being the chief executive, up to December 31, 2003, amounting to ¢1,661,040.64 which was exclusive to his entitlements. This was as a result of the delay in the payment of his entitlements.

The board however allowed him to draw fuel from the Authority's service bay, which was to cease on March 31, 2004.

In the case of his enhanced benefits, Asamoa Bonsu, in a letter addressed to Dr Wereko-Brobby, stated that any other benefits that would be granted by government as part of his negotiations with government, would be paid if the Authority is advised.

In this vein, the Authority resolved to pay 70% of his entitlements by mid-April, and the remaining 30% would be paid when the keys to his institutional housing had been handed over to the Authority.

Chronicle investigations further reveal that though Dr. Wereko-Brobby was supposed to vacate his official residence on or before the end of May 2004, he vacated the facility as late as December 2004 during the Christmas. ... Pleads the Assiseh theory It's my private business, not your business, he roars When The Chronicle contacted Dr. Wereko-Brobby on issues relating to entitlements awarded him, after two years of service and separation from the Volta River Authority, he told the paper they were matters of his private interest and was reticent about disclosing any information to this reporter. He, like Mr. Vincent Assiseh of National Democratic Congress fame, continued to ask the paper the extent to which an issue of this nature could be of any public interest, asking “what is of public interest in this?”

It would be recalled that Mr. Assiseh, a former press secretary of the NDC, when his party was then ruling, had told Ghanaians publicly that things done behind closed doors, whether in private or public office is a private matter.

This is a clear indication of how some of our public figures behave, upon sensing their actions are to be subjected to scrutiny by the media. Dr. Wereko-Brobby therefore implied that issues relating to his entitlements are not for public consumption, but yours truly can categorically state that in his capacity as the former Chief Executive of a state institution and for that matter a public entity, there is nothing like privacy that he can bury himself in.

For the benefit of the paper's numerous readers, “public figures are people who have stepped into a spotlight of public attention so bright and broad that every aspect of their lives is exposed to detailed inspection, at least in so far as matters of legitimate public concerns are involved,” according to media authorities.

Tarzan should have known that by renouncing anonymity and chasing publicity at the VRA, which obviously was witnessed by incessant workers' agitation, calling for his head, he satisfied both the requirements of voluntary exposure to the increased risk of defamatory misstatements and of access to the media.

In this regard, the press is not expected to shirk its responsibility as it is at all times expected to fulfill its well-defined role of reporting and criticizing matters of public concern by investigating the talents, character and motives of public figures especially.

On this and other such reasons, The Chronicle, as it has always done, only sought to know what went into his entitlements and as to whether it had been paid, since it was part of the reasons assigned for his overstay at the VRA official residence, long after his separation from the Authority. All these are matters of public interest.

Every public servant is, at all times, liable to be subjected to a thorough scrutiny for his actions and inactions, in the discharge of his duties as the constitution of the country stipulates.

One therefore begins to doubt why public servants, as in the case of Dr Wereko-Brobby, would always want to clad their deeds under the guise of the word 'privacy,' even though politicians of his caliber have always enjoyed media hype. And Wereko-Brobby consciously worked at hogging the limelight and deployed senior media practitioners to convey his every whim.

While Tarzan claimed his emoluments should be treated as a matter of private interest, The Chronicle has reason to believe that he has been paid, and it is for the benefit of the public and the country at large to let the world know how much he took home as ex-gratia for his short-lived tenure of office. The figure of c2.28 billion is credible information that demands official confirmation or denunciation. More Anon.