The Blackman Won't Go To The Moon 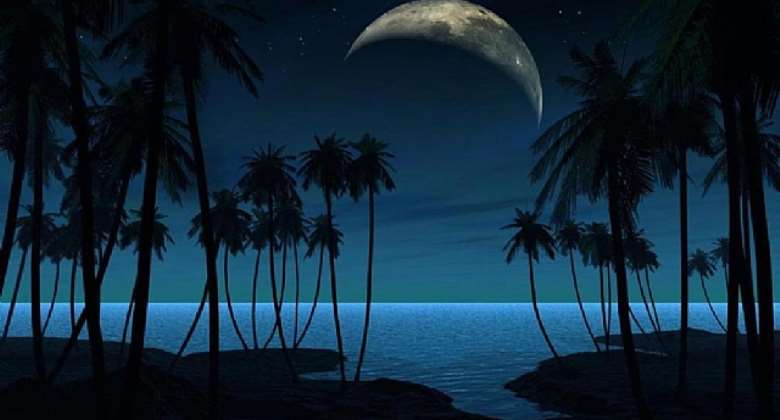 In 1957, the Soviet Union broke the myth surrounding what we know about the moon by being the first to enter the moon. It was an unmanned space venture.

Later, the Americans, true to their resolve to break this feat of the then USSR, successfully entered the moon by a team led by Neil Alden Armstrong in 1969.

From thence, other countries like China, India and Japan had made their own attempts to see what exists at this part of ' the heavens'.

It is these attempts by people from other parts of the globe to help us overcome the mysteries surrounding our universe that has gotten me thinking about when the Blackman would also foot his own bills to the heavens to bear witness to what that place is made of. The Blackman should also have his own experience of what the dwelling place of God is like. This is the place most of us hope to share with God one day.

In fact, all our thoughts and our way of life as Blacks are somehow geared towards one goal. That we would live here in a manner to merit a place with him in the heavens.

As I muse on this matter, a thought came to my mind. I wondered whether as blacks we have thought really about what it would mean to live with the most holy finally in the heavens. I thought about whether our expectations would be met when we finally get to the heavens.

Would our expectations be met when we finally get to the moon? Would we see ourselves worthy to share that presence with God?

We are a people who have so much reverence for spirit beings. Even in our relationship with our earthly gods, we would choose to be distant in dealing with them.

When we visit the shrines, we prefer to deal with these gods through intermediaries. We always do not find ourselves worthy to share presence with them.

In the distant past, we lived closed to very dense forests. These natural embodiments were seen as abode of spirit beings. We believed they served as abodes of dwarfs, ghosts and even gods. We would not get close.

Even when these forests harboured snails, mushrooms, antelopes which were our delicacies, we would deny ourselves the near opportunity to relish these nutritious fruits of the forest because we wouldn't want to tamper with the place of abode of spirit beings.

It is only when some foreign developers would come and clear portions of these forests that we would run after the rats, antelopes and others that are also running away for dear lives. It is only then would we have the courage to taste such ' fruits' of the forests.

This way of relating to spirit beings with deference is exactly what we do when we are 'born again'. Even when we receive Christ, we would relate to the omnipotent God with distance. We wouldn't want to speak to God directly. We would prefer pastors, prophets and seers to do that in our stead.

It is this attitude of the black man that I find puzzling. How can a people desire through all their life time to live forever with the most holy in heaven one day; and yet all their life time here they would choose distance in dealing with any spirit being.

That is why I think the Blackman wouldn't feel comfortable spending even a passing second in the moon; this is the place that they say God the most holy himself dwell. How could sinful black human beings appear in his presence in the moon?

We would stare in wonder. We would think whether those who sold the idea about heaven to us had duped us. We would think about whether all the offerings and acted kindness that we showed to our neighbours were all in vain.

We would want a return flight back to the earth if it is possible; so we would come to confront those who defrauded us in the name of tickets to heaven. We might try and retrieve from them all they extorted from us with the half-truth about heaven.