‘Stay Away From NPP Affairs’ 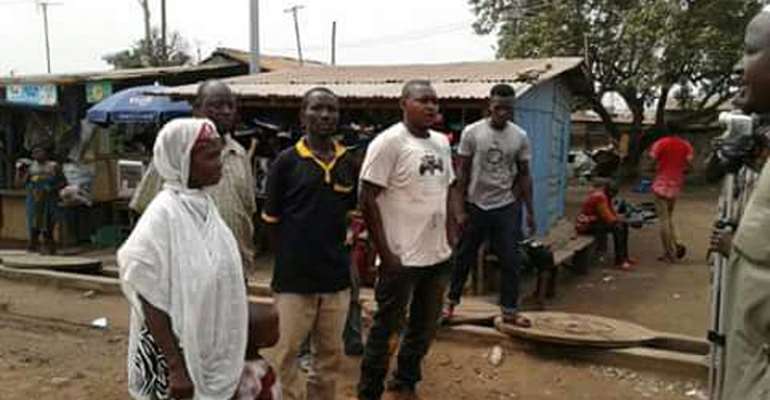 Some members of the Concerned Youth of Ashaiman Tulaku

Some members of the New Patriotic Party (NPP) in the Ashaiman Constituency are angry with the former Municipal Chief Executive (MCE), Ibrahim Baidoo, over what they termed unnecessary interference in the appointment of the new MCE for Ashaiman.

The members of the Concerned Youth of Ashaiman Tulaku have therefore warned the former MCE, who is a member of the National Democratic Congress (NDC), to stay away from the affairs of the NPP.

The angry supporters disclosed that the immediate-past MCE had been lobbying and financing some Assembly members at the Ashaiman Municipal Assembly (ASHMA) and some key executives of NPP to select a particular candidate for the post of MCE.

Musah Iddrisu, leader of the group, in an interview with DAILY GUIDE, wondered why the former MCE would be holding series of secret meetings with some key personalities in the NPP in Ashaiman to promote the cause of his preferred candidate.

“I want to state categorically that the agenda of the former MCE would not succeed. We are aware of his moves and monitoring him as well but I wonder why a member of NDC and former MCE for an area should be lobbying for a member of another party to succeed him, what is he trying to hide?” he quizzed.

He therefore appealed to the party hierarchy to appoint a qualified candidate to lead the people of Ashaiman and help promote the party.

According to him, “If the party hierarchy makes a mistake by imposing someone on us, we shall resist it through massive demonstrations.

“We want someone who has actually worked for the party in Ashaiman and appreciated. We won't allow people who have climbed the party ladder to the top to come and again rule us here while we have qualified people as well in the constituency. There is no way it would work in Ashaiman here.”

Efforts by the paper to reach the former MCE to comment on the matter proved futile.