Ekumpoano Chief Brutalised By Police At His Palace 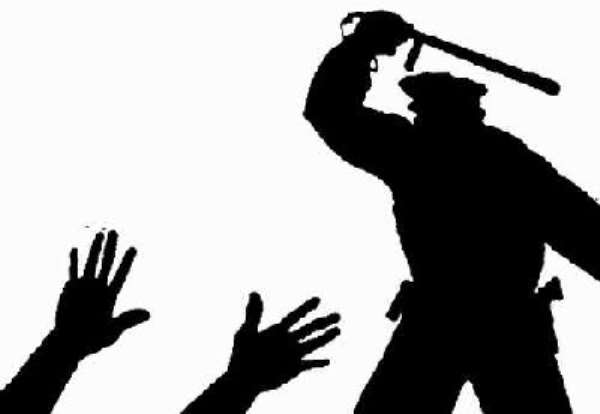 Cape Coast -- NANA KOFI Korsah VII of Ekumfi Ekumpoano in the Mfantsiman district of the Central region of Ghana, has appealed to President Kufuor to order investigations into the circumstances under which the police severely brutalized him at his palace.

At a press conference held last week, the chief said, on March 18, this year at about 4:00 am, he heard unusual noises and knockings on the main doors of his palace.

To his surprise, there were about 30 policemen who had laid siege at his palace.

According to him, they started flashing a torchlight in his eyes, making it difficult to make them out.

"When I questioned about their mission in my palace, they told me the then Acting Regional Commander, William Tumasi had ordered them to arrest me. I was given a slap in the face and forced to sit down on the floor, when I demanded a warrant from them," the young chief narrated.

After subjecting him to beatings, he was handcuffed and dragged on the floor from the palace into the open where the police fired teargas and warning shots to scare his people who were pouring into the palace to free him from the police attack, Nana Kofi Korsah related.

In the ensuing attack, Nana said he was able to make out Inspector Darkey of the regional police task force and Inspector Yeboah, the district crime officer of Mfantsiman.

Flanked by Ebusuapayin Agyin, Nana Akua Akyenma II, Edward Richardson, the assemblyman of the area and a host of others, the chief told journalists that he fell unconscious during the standoff and his people had to resuscitate him after pouring seawater on him.

"Some of my people received burns and had their clothes burnt through gunfire from the police," he added.

According to Nana, he and five others made a formal report to the police at the Essarkyir police station that very day.

However, the police, he said, insisted that they bring back the exhibits at their disposal before they would issue them with a police medical form.

Nana Korsah had displayed 11 rubber pellets, three fired shells, a teargas can, broken handcuffs and the parts of a rifle, which was used to assault him.

The chief denied the allegation that he had stolen a BMW saloon car from Liberia, saying that he had never lived in that country before.

He denied also that he had stolen a fishing net from Axim in the Western Region, one of the alleged reasons for which the police were pursuing him.

Nana said before the onslaught, Alhassan, the police informant had stormed his palace early dawn with some policemen on February 3, this year, pointing to the police that he was the one lying.

He said the police told him that they had been instructed by the district police commander at Saltpond to arrest him.

He has accused Mr William Twumasi, now deputy regional commander, of teaming up with Alhassan and fomenting trouble in the area.

"Ekumpoano being a fishing community, the fishermen are living in a state of fear while the teachers in the town had deserted their posts quickly before normal Easter vacation, resulting in low economic activities in the town," Nana lamented.