By The Daily Statesman 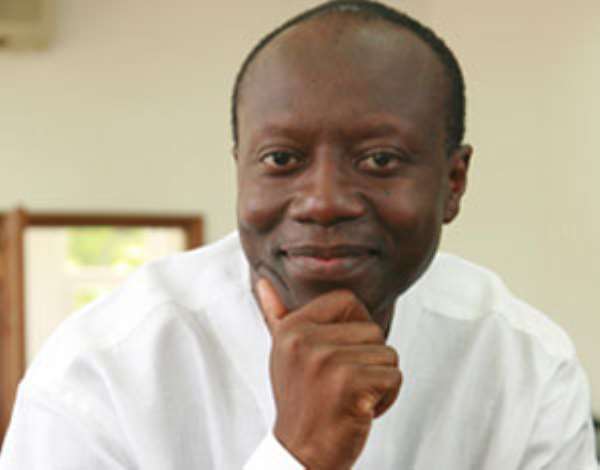 The first batch of ministerial nominees of President Nana Addo Dankwa Akufo-Addo have demonstrated to the nation that they really have a firm understanding and appreciation of the task they are confronted with in delivering the nation from the current economic crisis foisted on the people as a result of the years of governance characterized by gross incompetence and corruption under the immediate past Mahama-led National Democratic Congress government.

Appearing before the Appointments Committee of Parliament for vetting last Friday, two of the nominees, Yaw Osafo-Maafo, senior minister designate, and Ken Ofori Atta, finance minister designate, who are going to play major roles at the economic front, succeeded in showcasing the excellence they are bringing to bear in the execution of the government’s business.

The two assured the nation that even though the economy bequeathed the new administration was in poor shape, there was hope of recovery through the implementation of the sound and prudent policy interventions of the Akufo-Addo administration.

Sounding confident, the finance minister designate, Ken Ofori Atta, assured: “the country may seem broke but actually not broken and that there are ways in which the infrastructure base could be improved.”

He identified corruption as the major problem that robbed the nation of a huge opportunity to put the economy in the right shape, and pledged to find ways to stop the nation’s $4 billion loss to corruption.

He explained that the amount in question could be used to help address the infrastructure deficit facing the country, stressing the Akufo-Addo government would do all that it takes to reduce the high incidence of corruption, if not eradicate it completely.

“If you look at the issues that the Auditor General brings out, there’s real money in savings that we have to confront; corruption at 5 percent leads to about 4 billion dollars and we can do something about that,” he stated.

Asked about how the government plans to protect the public purse in the midst of high economic pressures and agitations from the labour front, the renowned banker maintained that the NPP government had put in place measures to confront these challenges, should they hit the Ghanaian economy.

Mr Ofori Atta expressed worry at the country’s current 15 per cent revenue allocation on capital expenditure, and suggested for the figure to be doubled.

“For a country of this nature, 15 percent of our income being used for capital expenditure infrastructure is inadequate. It has to increase to about 30 percent,” he held, adding that the ultimate reduction in interest rates, which currently averages 30 per cent, should save the country about 2.4 billion dollars in interest payments.

According to him, although the government intends to widen the tax net to ensure that many more people who previously did not pay taxes do so, the situation would not engender inequality, explaining that the responsibility of paying taxes must be encouraged among all Ghanaians.

“I don’t consider these taxes to be regressive or aimed at the poor to make them worse off,” he said, assuring, however, that the NPP government would not undertake any activity that would worsen the situation of the poor in the country.

“As a party, I’ve seen keen interest in education and national health, and I will not presume that the underlying trigger for this is to make them worse off. I think the issue of paying taxes is something that we all have to do as citizens, and it is important that we all recognize the importance of it,” he said.

Meanwhile, Mr Osafo-Maafo disclosed that the Akufo-Addo government had taken a decision to review some aspects of the International Monetary Fund bailout programme with Ghana.

According to the senior minister designate, the decision was not occasioned by the fact that the bailout programme did not pass through parliament.

He told Parliament’s Appointments Committee that the process of renegotiation would commence latest by mid-February.

The focus of the review, according to Mr Osafo-Maafo, is to make sure the IMF's policy is in tune with the transformational agenda of the Akufo-Addo-led NPP government.

He further disclosed that in order to reduce the burdens imposed on the business community in doing business in the country, the government intended to remove what he described as "nuisance" taxes from the system.

These taxes, including the 17.5 per cent Financial Service Tax and Production tax, he noted, were not only irrelevant, but served as a hindrance to production and more so the efforts of even doing the collection is not worth it.

"This is a nuisance tax. Now we are talking about corporate tax and we should be talking of having a bigger net to collect from rather than knowing that a few people no matter what you do they will pay and you keep on increasing the taxes and this is what Ghana has been for some time which is dangerous,” he insisted.

The senior minister designate, was, however, quick to add that the Akufo-Addo government was not saying that it would not collect taxes but would instead review all taxes that hinder production.

He explained further: “To us, one of such taxes is the Financial Sector VAT tax of 17.5%. You are taxing banks with their profit as you tax all the other companies. Financial Sector Transaction Act deals with my operations within the bank what would have been COT and related issues. To come out with figures after the operation itself is a problem to the banks and that is what you want to tax the 17.5%?”

He assured that the NPP government’s first budget, expected in early March, would review all these taxes.

“We did mention in our manifesto and we are going to keep to our promise. We have already met three times on it and we are looking at the relevant figures to inform our budget," the minister designate added.

Again, the former Minister of Finance and Economic Planning reaffirmed the NPP government commitment to cut corporate tax from 25% to 20%.

Osafo Maafo said he does not see any benefits in withholding taxes and described it as "a lazy way of taxing."

"Somebody is taxed in advance of an operation and is allowed to take it at the end. What does it do? You are taking people’s capital and it is 5-10%. Such taxes should be looked at. We looking at production and making this whole thing friendly to businesses. Anytime we realize a tax creates a hindrance to businesses, we are going to look at it,” he said.

He explained the role he is expected to play as the senior minister, when passed by the Vetting Committee: "the president told me specifically that we have had a senior minister before in the person of J.H. Mensah, whom I worked with because at the time I was the minister of finance and he coordinated the economic sector ministries. The economic sector relates to the other ministries, so, naturally my experience will be brought to bear on my colleagues to make sure that we resuscitate the economy in a very homogenized manner so that there will be harmony."