Merry Christmas To Ghanaians, President Elect And The NPP 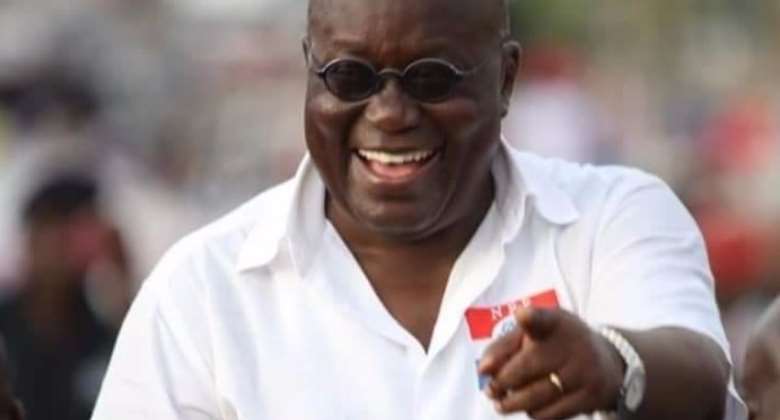 This year’s Christmas came a little early for a lot of Ghanaians, especially the president elect, Nana Addo Danquah Akufo-Addo. He couldn’t have had a much better Xmas present. For those who genuinely cheered Nana on to victory with their active support, time, money and moral backing, I say Merry Christmas. For those that fortune did not smile at them, I wish them better luck next time. I might have been very harsh leading to the election, especially to those in the opposite camp, but my intentions were genuine and good. I want the best for Ghana and every citizen of this sacred land of gold. If feelings were hurt, I extend my unqualified apology.

To the President Elect, Ghanaians have bestowed on you the best present any Ghanaian can have, but it comes with huge responsibility, which I need not repeat, but sometimes a reminder can be a necessary prodding in the right direction. My grandmother, who passed on a couple of decades ago, used to say that when someone shows her kindness it becomes a burden on her. The reason being that she was forced to reciprocate in kind. The overwhelming support of the Ghanaian electorates is historical. Hardly does this happens in first round election that determines the change of a government. So, it was a development in our national politics that is most welcome. The fact is there is nothing as painful as trying to lead when you look over your shoulders and there is no one there. This time around, the president is fortunate enough to have the absolute majority of the citizenry resolutely behind him. And I can’t begin to imagine the positive psychological effect it will have on him going forward.

The constitution stipulates 50% plus one vote to clinch the presidency. But it is rather refreshing when you know substantial majority of the electorates, not just 50% plus one, backed you with their thumbs of approval. Accordingly, the president will not have to wrestle with the question of legitimacy, unlike those who won with a couple of thousands or hundreds of thousands. Therefore, the President Elect can hit the ground running with full throttle without looking over his shoulders, and work for the interest of all Ghanaians.

Ghanaians have been short changed for the past eight years, and the most painful is when out of the blue the oil revenue started kicking in. Most discerning Ghanaians knew that they will not have money directly into their pockets as the oil money streamed to the treasury. The least they expected is putting a spoke in the depreciation of the national currency and halting the debilitating inflation that destroys the purchasing power of fixed wage earners. None of these happened; they rather became worse. In effect, the early present of Ghanaians this year to Mr President Elect is simply to reverse this trend.

The feel-good factor, which is very real, is going to energise a lot of struggling Ghanaians to hold out for much longer. But the euphoria will eventually peter out and my fellow countrymen will begin to face reality. However, currently it is doing a lot of magic. The goodwill is playing out in various popular markets like Abossey Okai, Kantamanto and Kejetia where traders have actually reduced their prices as part of their benevolence to the President Elect.

A lot of people might think it is an empty gesture, but these people understand the issues of macroeconomic management. The belief of the traders is quite simple. They know that their politicians are not going to change overnight into holy angels. All the same, they do not have any doubt when it comes to the management of the economy as far as the NPP, as a party, is concerned. As much as we hope upon hope that the President Elect and his team of ministers will do their best for Ghana, the certainty is without doubt. That is, for the nightmare of the last eight years of the NDC administration be buried with them into opposition. Merry Christmas and Happy New Year to all friends and foes.