Why Akufo-Addo’s Acceptance Speech Is A Political Joke 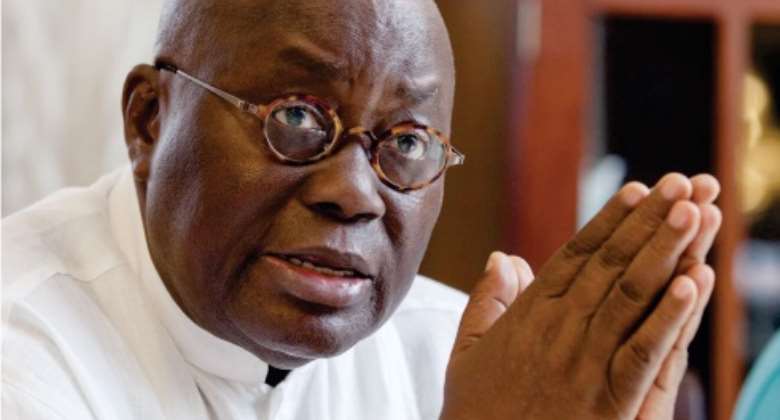 Ghanaians went to the poll on December 7, 2016 to elect leaders that will pilot the aspirations and hopes of the Country for the next four years but the outcome appears to have been very disappointing to many. Clearly, electing Akufo-Addo as President is not something that the people expected.

Many discerning and well-meaningful Ghanaians are still unravelling the disaster of the 2016 election.

These are bad days for our Country as January 7, 2017 will mark the sworn-in of what seems to be retrogression in the Country’s history.

It will not be surprising if Akufo-Addo did not show up at the swearing in ceremony on January 7, 2017.

Even though we are required by law to accept the result of the December 7, 2016 polls, it is regrettable to note that the President elect (Akufo-Addo) is to me a mistake of the Majority because he does not represent the will of the people, bearing in mind the electoral fraud and hacking in to the Electoral Commission’s transmission data base. A black day for Ghana. We shall not forget how the will of Ghanaians had been altered.

We have been warned ahead of time of these days but due to short memories, we have compromised, took things for granted and gave room for our will to be raided.

And now, the destiny of our Country will soon be placed in a man too old and weak to handle it.

Is just a matter of time when Kofi Koomson, Arthur Kennedy, Ahaji Banda and others are given back their stones.

After the wind of mistake of majority brew Akufo-Addo as President elect, he, (Akufo-Addo) took the rostrum in a house he allegedly inherited from his father and delivered his acceptance speech.

But to me is a political joke from Akufo-Addo because he could not even work with people with opposing views to his as required in democratic dispensation.

You can see clearly who Akufo-Addo was directing his speech to. He was not talking to Ghanaians, but rather a section of NPP members who don’t share his point of view.

On the other hand, Akufo-Addo failed to provide leadership to NPP; how can he then provide a unify body to Ghana on a larger note?

If Akufo-Addo really wanted to redeem himself, then he should heed to advice, take Ghanaians serious and stop this political gimmick. For Presidency is a serious business.

In this very difficult moment as the Country is trying to migrate with the transition brought by mistake of the majority, Akuffo-Addo should refrain from adding pain to injury.

Akuffo-Addo will not enjoy Ghanaians acceptance and endorsement, but will be tolerated for the sake of peace and respect of the law.

He Akuffo Addo must also learn to tolerate 75% of Ghanaians who don’t believe in him including members of SAVE NPP NOW.