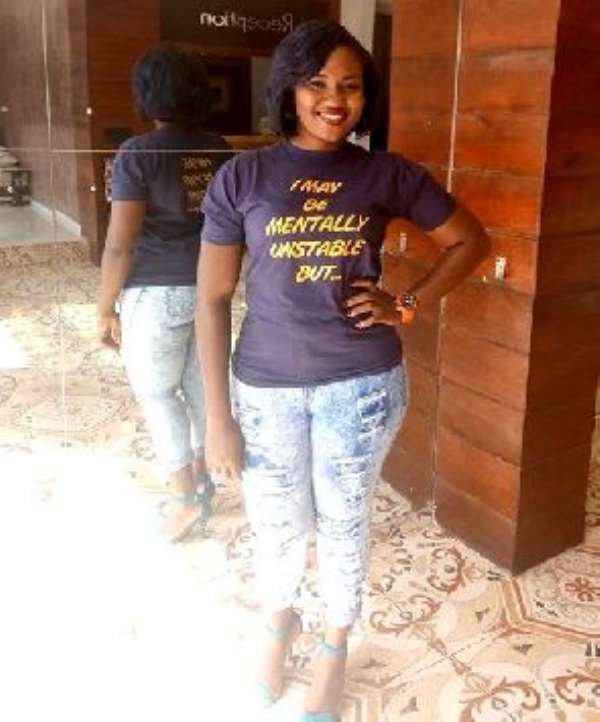 I write this letter with mixed feelings. I am sad and happy at the same time. I am sad because many people will cling to the past without letting go of past events and memories. On the contrary, I am elated because you have taken a step by rising up again. You have come to the realization that blaming yourself of the past will only rob you of your happiness today and also block brighter future opportunities.

I must admit to the fact that I am a late comer to your days on campus but just like any human being, I was quite astonished upon hearing from the news on February 2015 that UCC SRC presidential aspirant’s naked video has gone viral on social media. There weren’t shortage of questions from citizens in every nook and cranny of the nation.

It was so because people really wanted to get to the nitty-gritty of the whole issue considering the fact that the previous years were characterized by nude pictures and videos going viral on social media. Many people raised eyebrows towards this canker of which I was of no exception. In the quest to satisfy our curiosity, many words were uttered. I did not write at that time because I don’t judge the choices of people without understanding their reasons.

Dear Abena, A.K.A. “Lency on Fire” as you were affectionately called by your fans and comrades on campus. After a year of silence, you have finally broken that silence by admitting the fact that you released the video.

I do not intend to add more insults to your injuries, but quoting from your own words, as you stated on an exclusive interview on Peace FM’s “Entertainment Review” that “ yes I released the video myself…after I released the video, a lot of things happened and I ended up in the hospital and after thorough examination i was told that i have mental instability and they diagnosed it as bipolar disorder and what I was going through that resulted in what I did was just a manic face of the disorder. So I posted the video myself but I didn’t do it with my clear mind and I didn’t even know what I was doing”.

After listening intently to this interview, I took a decision to express my thoughts on this matter. I am not writing this piece to add to your woes neither am I writing to give you a 21 gun salute for releasing that video but to let the world know that mental instability can happen to anyone irrespective of your status in the society and also to let people know that there is always a rise after a fall.

I wish to commend you on the giant step you have taken in founding “PsychoSocial Africa” which aims at helping people who might have found themselves in similar mental predicament as yours. I believe without any iota of doubt that this foundation will stand the test of time.

Abena, show me a man who has never committed any mistake in life and I will show you a deity or a supreme being. Mistakes still continue unabated so far as we still remain as rational and sensual beings. Never ever believe that each task in life must be done perfectly. We are humans and we all are bound to make mistakes whether a few or many, little or big, rarely or frequently.

Many a people habitually raise fingers on others but how many dare to point fingers on themselves when they have committed a mistake, whether intentional or genuine? Unlike some people in our contemporary world, you accepted responsibility for your actions. We all do make mistakes, but the difference is what we do after we make the mistake. It is either we consider it as learning experience or failure. Everyone is capable of committing mistakes but it is not everyone who is capable of rising after making mistakes in life.

Abena , the moment you learn to forgive yourself of mistakes and look forward is the moment when you will better manage your emotional state. In the course of time, I have realized that, holding a mistake over someone’s head does not rehabilitate them but worsens them.

There is more to life than clinging unto the past memories of yesterday. Thinking of the darkness of the past will only rob you of your joy today.

In my candid view, yesterday should be consigned into the museum of history because it is gone forever. But fortunately, we have today on our side and whatever we do today has the power to determine the outcome of tomorrow. The past, to me is a ghost, the future is a dream, what matters most is now so you can start now.

I will not bore you with my long essays. Know that staying focus is the key to a victorious lifestyle. Always remember that the past has nothing new to say. I end this letter with the profound words of Adele, an English singer and songwriter as she once stated that “regrets and mistakes are memories made. Who would have known how bitter or sweet it tastes?.”