Has The "Magician" Lost His Mojo In Fighting Corruption? 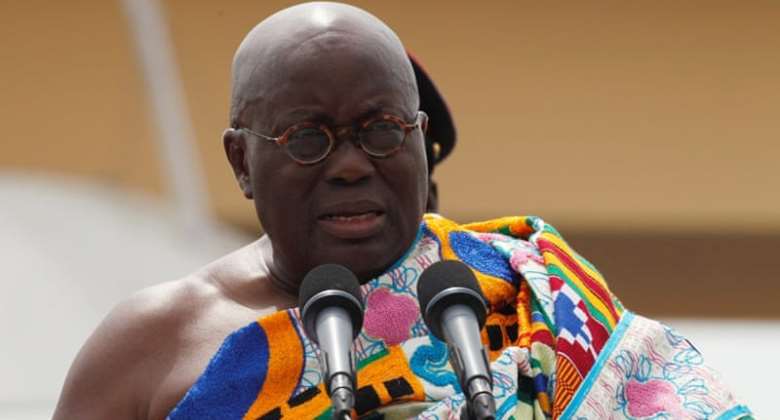 As someone who strongly criticized the Mahama-led-administration over issues of corruption and all forms of scandals, the Nana Addo-led- Administration was undoubtedly a breath of fresh air for not only me but many well-meaning Ghanaians.

Many a people who strongly held the unwavering view that Ghana can work again under strong leadership and good policies, were filled with unending joy and hope and that this administration will crack a whip on the age-old issue of corruption that had bedevilled our beloved country.

Through the political rhetorics of our president, he gave much hope as he painted the mental picture of an incorruptible government. This strong assurance of an incorruptible presidency was something good and soothing to the ears at the time and therefore I wouldn't be surprised if we all gullibly consumed it hook, line and sinker.

I do not write this piece as a stalwart supporter of any political party neither is it a cynical ploy to gain unnecessary comments and undue attention. I write this piece as a concerned individual who has a love for the country and believes that this country can flourish under good leadership with the strong political will to act.

With the current happenings in the political scene; including the PDS scandal, the PPA saga, the Agyapa deal, the diplomatic embarrassment in Oslo and many more, I do not know how to keep this hope and faith that our President is incorruptible as he strongly claimed in the 2016 elections.

The very words of Adam Curtis appear to be true as he asserted that nobody trusts anyone in authority today. It is one of the main features of our age. Wherever you look, there are lying politicians, crooked bankers, corrupt police officers, cheating journalists and double-dealing media barons, sinister children's entertainers, rotten and greedy energy companies, and out-of-control security services.

It, therefore, appears to me that the NPP is no better fighter of corruption than the NDC. It is the same old game with different tactics.

Our president may be incorruptible as he constantly proclaims but as Dr. Arthur Kennedy succinctly puts it that a president who is not corrupt but permits corruption will ultimately be judged by history to be corrupt ... Each of the new scandals in this administration is a slap in the face that mocks the president's commitment to protecting the public purse and his pretensions to incorruptibility..."

The 'i-don't-carism' manner with which these scandals are handled and the actions and inactions of the president have demoralized most of his supporters and emboldened the corrupt.

The president's words are always reassuring when he says that he did not come to public life to enrich himself. Yet under his administration, the nation has been rocked by corruption and numerous scandals involving key members of his extended family and their cronies. The effects of this issue of corruption can therefore not be overemphasized.

It is sadly fascinating to know that Nana Addo won the 2016 elections with an aggressive anti-corruption campaign message but this time around, the NPP's campaign is silent on corruption issues as their record on the fight against corruption does not stand up to scratch.

This in my opinion has left many swing voters disappointed in the presidency while some of his supporters have become disenchanted.

The argument shouldn't, therefore, be about who is the bigger thief and who is the smaller thief; rather, it should be about who has the political will and tenacity to reduce corruption to its barest minimum if not to completely eradicate it. I do not seek to provoke but Ghana as a country deserves better than who steals big monies openly and who only steals bigger monies in a subtle and beguiling manner. Every act of corruption is corruption no matter how smart it was done. We deserve better than this as a nation.

When the chips are down, the 2020 election is certainly going to be fiercer and keenly contested than 2016. With this long trail of scandals, Nana Akuffo Addo might just be hoisted on his own petard but if he sails through successfully, then it behoves on him to critically look at elements that promote public- sector corruption, including nepotism, patronage, clientelism and suspiciously close ties between politics and business.

The government must have venom to bite without favouritism when it comes to individuals involved in acts of corruption. The posture, candour and demeanour of the presidency should be in sync with their words against corruption. Good is no longer good enough and mere words and lips-service in this unending war of corruption will do us no good.

Elvis Effah is a writer and blogs at elvis1site.wordpress.com