EDITORIAL: Send the Auditor-General Home Where He Belongs 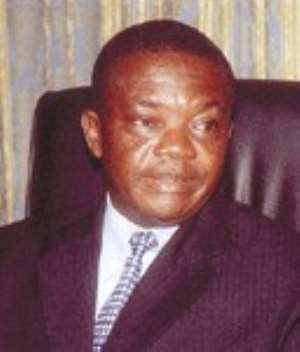 We reported yesterday that our intelligence lenses had picked the Auditor-General, Mr. Edward Dua-Agyeman, leaking what was supposed to be an audit report on the publishers of The Insight newspaper. When we contacted the Auditor-General to respond to our questions as to why only Mr. Kwesi Pratt Jnr's Militant Publications, were being cited for tax arrears, he could not answer because he claimed to have an urgent meeting to attend.

In the early part of 2001, Mr. Dua-Agyeman's outfit carried out what was called audits on some offices of former functionaries of the previous government. Even though some of these officials disputed some of the findings of these so-called audit reports, government officials gleefully flaunted them as the basis for calling past government and other public officials all sorts of names.

It did not take long before members of the ruling New Patriotic Party (NPP), fell on the sword of Mr. Dua-Agyeman's outfit. That was when another supposed audit had been carried out on Castle renovations. The report had implicated some governement officials that included the then Chief of Staff, citing them for misappropriation. These officials quickly dismissed the reports, saying none of them had either been queried or even contacted over such serious allegations.

One would have thought that with these experiences, government would be concerned with how the tax-payer's money was being wasted in ventures that did not qualify to be termed standard audits, let alone forensic ones.

Any careful observer would have realized that for the most part of this regime, the Auditor-general's specialty had been going after persons who had been critical of government and consistently leaking the supposed reports to sections of the press. He had subsequently been on air a couple of times, to give credence to such bogus reports.

The Internal Revenue Service (IRS) is the body tasked to collect taxes from businesses. It also has tax inspectors that conduct on-site checks on the books of businesses, as means of assuring themselves that proper returns are being filed.

The Commissioner for IRS does not report to the Auditor-General on the tax positions of companies. The Auditor-General's office is not the debt-collecting outfit of the IRS. Why then would an Auditor-General be interested in an individual organization's business, to the extent of leaking the report of a so-called audit, to the State-owned and selected private press houses?

What is worrying however is that the IRS' own tax assessments of Militant Publications, was presented to The Insight on the day after the Auditor-General had gone to the press with his 'findings', and it was already in the public domain.

But more worrying is the fact that the IRS' official assessment of Militant Publications, put its total liability, including provisional estimates for 2003, 2004, and the first quarter of 2005, at ¢38.9million, and not the ¢75million that the Auditor-General was quoted by the Daily Graphic to have stated, which figure had also been carried by a section of the private media.

The conduct of the Auditor-General, Mr. Dua-Agyeman, is consistent with his track record over the past few years. His predecessor, Dr. Osei Tutu Prempeh, the Minority Leader, Mr. Alban Bagbin, Alhaji Mohammed Mumuni, Running mate of the National Democratic Congress' presidential candidate in the last elections, and the Electoral Commissioner, Dr. K. Afari-Gyan had all been cited by him, after they had been very critical of government!

Any critical observer would therefore not find it surprising, that Kwesi Pratt Jnr. a prominent member of the 15-member Committee for Joint Action (CJA), currently agitating for a downward review of the tax component in the prices of petroleum products in the country, would be under the microscope of the Auditor-General, especially since the group has a major public demonstration slated for March 17th.

Mr. Dua-Agyeman had already been retired and therefore let us see him back home where he belongs, so he does not continue to denigrate this important office, so it does not become a national embarrassment, such that nobody would place any value on reports they spend the taxpayer's money to come up with.

Increase school feeding grant to GHS2 per child to improve m...
45 minutes ago