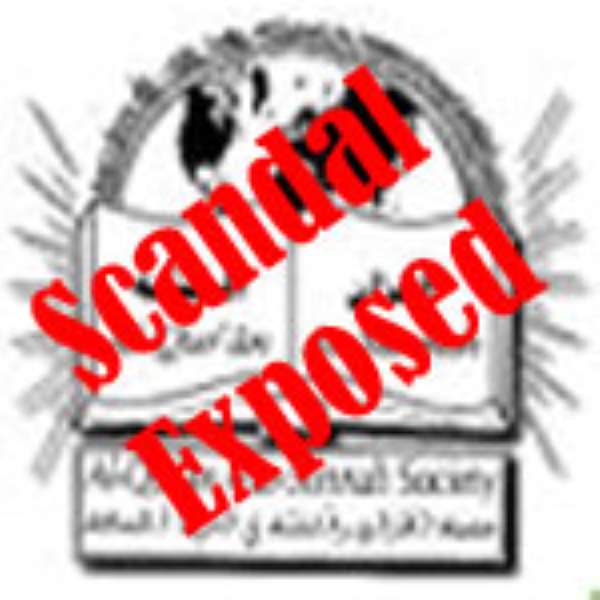 The report of the Mfodwo fact-finding committee on the examination leakages at the University of Ghana has caused panic reactions from the University authorities with the Pro-Vice Chancellor, Professor Edward Ofori- Sarpong who was cited for misconduct, threatening a showdown with the committee members.

The committee indicated the Pro-Vice Chancellor for soliciting marks for his daughter, a sociology student, describing his action as unwarranted.

But a furious Prof Ofori–Sarpong, told Peace fm yesterday that the committee report was not the gospel truth and therefore he will not accept the portion that talked about his culpability.

“Somebody wants to destroy me “he charged. However, while the Pro-Vice chancellor was fighting tooth and nail to redeem his credibility, alleging that the committee was biased against him, the Vice- Chancellor, Prof Kadow Asenso-Okyere, has indicated that the committee's report will be implemented to the letter.

A statement issued in Accra, yesterday, and signed by the Vice-Chancellor said nobody found culpable in the December examination leakages will go unpunished.

“As a Chief Disciplinarian of the University, I am assuring the university community and general public that any sanctions that will come up concerning my son will be applied to the letter”

Prof Asenso- Okyere whose son was implicated in the sandal noted that, it was regrettable that “some of the findings reveal the involvement of my 23-year-old son who is a level 400 student of the university in misdeed”

However information reaching Daily Guide indicates that Kwadow Tabiri Asenso –Okyere popularly called KT was at the centre of the leakages, has left the country for the United States, even before a disciplinary action could be taken.

On part the Pro- Vice Chancellor, Prof. Ofori- Sarpong indicated that he may head to the court to redeem his image. Discrediting the report, Prof Ofori- Sarpong said somebody on the committee wanted to fix him up and he will not allow that to happen.

The Pro-VC who said he has been inundated with calls, following the publication of his alleged complicity in grade fixing for his daughter in yesterday's Daily Guide pointed out that his intervention in the remarking of SOCI 302: population studies, which earned his daughter additional four marks did not make any impact on the daughter's grades since the subject was a free elective. Prof. Ofori- Sarpong singled out Prof Daniel Afedzi Akyeampong, are retired Professor of the Mathematics and former Pro- Vice of the university who was a member of the committee, as the cause of his woe.

According to the Pro-VC, certain comments he made on a radio interview, bordering on the Mathematics Department may have earned him the unenviable place in the report. He explained that most of his submission when he appeared before committee were not captured in the report, but rather narrowed it on his daughter.

He denied that his daughter is studying Sociology as captured in the report, but rather Social Work. According to report Prof Ofori – Sarpong approached Prof Clara Fayorsey, Head of sociology to review the mark awarded his daughter in Population Studies.

Prof Fayorsey told the committee that she received a call from the Pro-VC; complaining that the mark awarded to his daughter in SOCI 312 could frustrate the classification that otherwise was within her reach.

The paper was reviewed to discover that a couple sub- questions asking for definitions had not been awarded marks. The new total, a four marks added changed the original “D” to “ C”, but did not bring the candidate to the classification desired for the daughter”, the report said.

However, Prof Fayorsey concealed that the procedure for the review for the Pro-VC'S daughter fell short of the university requirement for a formal application, from aggrieved students having problems with their marks.

Prof Ofori- Sarpong denied on Peace FM yesterday that the review was done for his daughter alone, saying that it was an intervention done for over 300 students who took the course.

The committee noted that review should have been carried out in line with the university rules and regulations with the active involvement of the lecturer, of that course.

“Given the requirement for aggrieved students to submit formal application and pay the stipulated fee, his intervention was unwarranted,” the committee pointed out.

The revealing report has unsettled the university since Daily Guide started punishing a leaked copy.

With the interest the report has generated, starting from Saturday, Daily Guide will start serializing it for its esteemed readers.