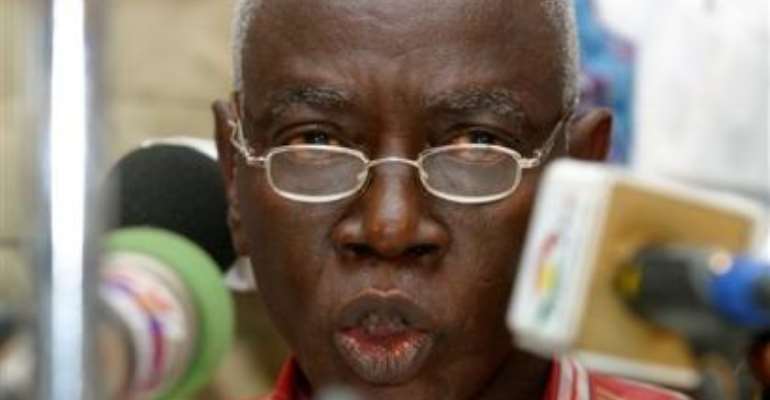 THE Chairman of the Electoral Commission (EC), Dr Kwadwo Afari-Gyan, has stated that the commission is at present not resourced enough to operate an open system of registration.

The open system, known in election administration as continuous registration, allows for the registration of eligible voters all year round.

In an interview yesterday, Dr Afari-Gyan noted that while it was possible to operate the system in Ghana, logistical, infrastructural and personnel constraints made it not feasible for now.

He said for the system to work well and achieve its purpose of not disenfranchising any eligible voter, the EC needed functional offices in all the districts of the country.

He said currently, the commission did not have all its offices in the districts meeting requirements that allowed for the implementation of the system, adding that in some districts, the commission was “perching” in other people's premises or buildings.

Dr Afari-Gyan said he could not tell when the EC would be able to acquire offices in all the districts. He said the EC began the construction of 15 buildings in 15 districts in 1999, in line with proposals to construct 45 buildings in three years.

He pointed out that the commission had to date not been able to complete any of the 15 buildings started because budgetary proposals for development projects such as the construction of district offices had been slashed.

He said budgetary allocations made and approved to the EC this year could only complete five of the 15 buildings that had been started in 1999.

On the issue of setting the election timetable early for smooth election administration, the chairman said it was a good thing which could make possible enough education before the election day activity itself started. He was, however, quick to add that “education is money; we need a lot of money to educate voters.”

He said funding for elections was such that the EC was often constrained and had to make do with short periods of education before the elections.

He noted that continuous education and the development of infrastructure for the commission was important in an electoral system of governance.

On political party financing, the Dr Afari-Gyan said the EC had for a long time harped on the issue.

He said in 2003, during a meeting in Accra, the President, whose speech was read on his behalf by the then Finance Minister, Mr Osafo-Maafo, made a commitment on the issue of political party financing.

He said the President had been consistent in his views of supporting viable political parties with funds before and after he was elected President and renewed that commitment when he became President.

The chairman said the EC would follow up on the commitment of the President to see to it that materialised.

On domestic election observation, Dr Afari-Gyan said that was a great development in the democratic history of the country.

He commended the Coalition of Domestic Election Observers (CODEO), saying that they were able to train their observers well, which went a long way to reinforce the credibility of the results of the 2004 elections.

He also commended the Ghana Institute of Management and Public Administration (GIMPA) for sending out some observers.

Dr Afari-Gyan said it had been estimated that it cost $10,000 to bring one foreign observer.

He said that amount could be used to deploy a lot more local observers who had the advantage of knowing the environment in which elections were being conducted. He called on all partners to help with voter education, which he said should be an ongoing exercise.