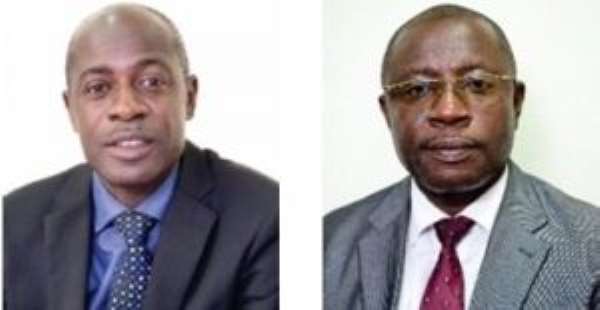 A statement in Accra by the Management of the company and copied to the Ghana News Agency on Monday said the appointments made by the Board of Directors takes effect from November 1.

“This follows the on-going organisational restructuring and a special resolution passed at the Annual General Meeting held on October 27, 2016, for the creation of Executive Positions within GACL.

“Pursuant to the resolution, the GACL Board at its meeting held on the same day approved the appointment of two the Deputy Managing Directors, effective November 1, 2016, the statement said.

It added that prior to their appointments; Mr Charles Hanson Adu was the Director, Airport Operations having begun his career in the aviation industry in 2001 as the Aerodrome Chief Fire Officer at the

He is also a Graduate Member of the Institute of Fire Engineers of the United Kingdom and has also obtained an MSc Risk, Crisis and Disaster Management from the University of Leicester (UK).

Reverend Dr John Okwesie Arthur until his appointment was the Director of Finance. He began his career in the aviation industry in 2002 as an Audit Manager at the Ghana Civil Aviation Authority and has since progressed in his career.