Re: My Wife Belongs In The Kitchen 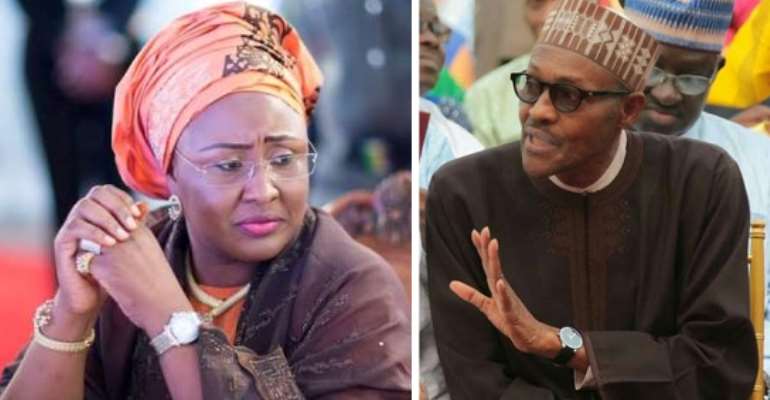 It is surprising how some people fell for the usual deliberate twisting of facts by the media in their bid to create hot topics as headlines and denigrate the nobilty of hardworking men.

In publishing the above story, the media deliberately left out essential areas of the interview that would have provided their readers with a proper understanding of the statements made by President Buhari.

What is apparent is that President Buhari was responding to a question about his wife. None of the media outlets included the exact text of the question posed to President Buhari. They excluded the 'living room and the other room' from their headlines just to tune the minds of their readers towards their desired goal which is that 'President Buhari believes the place of his wife and women is in the kitchen", just as is the believe of men who think women should not be educated. This, however, is far from the truth when one looks carefully into the reality and personal development his wife has attained through him and his daughters.

In his response , President Buhari made two separate statements: the first of which he said he was not certain but rather he was very certain about the second.

He stated: " I do not know the party my wife belongs to... I know she belongs to my kitchen, the living room and the other room."

A careful analysis of these statements and a consideration of other realities would suggest to the careful reader that President Buhari in NO way meant to be derogatory towards his wife. Rather, his reference to the party of his wife meant he was not criticizing her for her position.

President Buhari should be the last person people should consider as been derogatory to women especially his wife. He allowed her to upgrade herself educationally by acquiring a Masters Degree as well as other Post graduate certificates. In fact, we know atleast two of his daughters graduated from the Law School this year and were called to the Bar this year.

Does this man look like some one who will relegate women to only mere household chores? Why this deliberate twisting of facts?

He was only making a statement of fact and what he was certain about presumably in reference to a question the Media has not made public. And that question, from inference shows he was asked about the political allegiance of his wife. But he answered by saying he was certain about his wife's responsibilities as a wife.

Any man who cannot boast of his certainty for his wife's roles in the management of his household activities is certainly not a happy man at home.

In any case, is President Buhari wrong? Does she not belong to these areas of his household.? Why must we allow the media to twist our minds and provide us with what they want us to believe.

Lets rise above the propaganda and character defamation of this noble man who is working hard to transform his Nation.