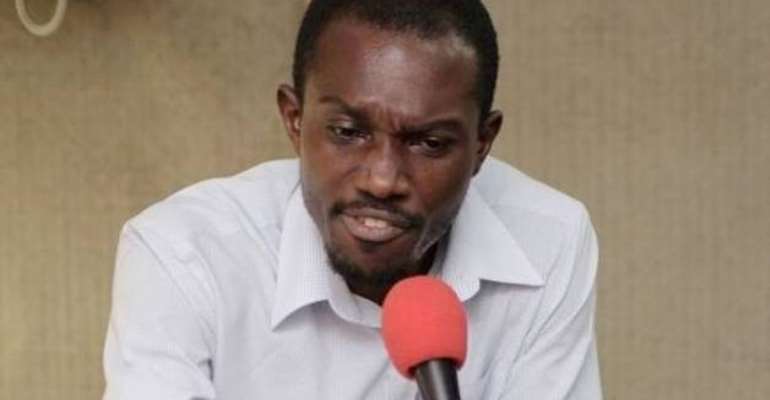 Ernesto Yeboah, a youth leader of the Convention People’s Party (CPP), who initiated the petition that compelled the Commission on Human Rights and Administrative Justice (CHRAJ), to investigate President Mahama's receipt of the Ford gift from a Burkinabe contractor, says the outcome of the probe clearly shows that the President cannot be trusted to protect the sanctity of the country’s laws and policies.

CHRAJ in its report released on Thursday, stated that President John Mahama breached the gift policy , when he accepted the gift from a Burkinabe contractor as Vice President in 2012.

CHRAJ said the gift in question, formed part of acts prohibited under the ‘Gift Policy’ under the Code of Conduct, and that although the evidence shows that President Mahama subsequently surrendered the gift to the State, the action nonetheless contravened the gift policy.

It however noted that, it did not find the President guilty of bribery, fraud or conflict of interest.

President John Dramani Mahama
Speaking on CHRAJ's findings on Eyewitness News, Mr. Yeboah, who led the young league of the CPP, to file the petition, said the President cannot be trusted since that single act constitutes failure on his part respect and protect policies that serve the interest of the country.

“We simply instructed them [CHRAJ] to do their investigations and they have come out to say that yes; the President is in breach of office…The President was not put there to breach laws, he was not put there to disrespect policies on gifts. In this instance, the President cannot be what he claims to be. He has failed in protecting the constitution of the Republic of Ghana, and in protecting the policy dictates … For us Ghanaians; we ask ourselves whether this is the man we would like to vote for. The point still remains that the man is in breach of the policy on gifts.”

“We elected him to protect the constitution of Ghana now he failed in doing so . The man who is occupying the highest office of the land cannot be trusted..He has a track record of breaching policies regarding gifts in this country.”

Mr. Yeboah further indicated that the Youth League of the CPP will soon decide on the next line of action to take on the development, adding that the party will soon come out in the coming days to state their position on the matter.