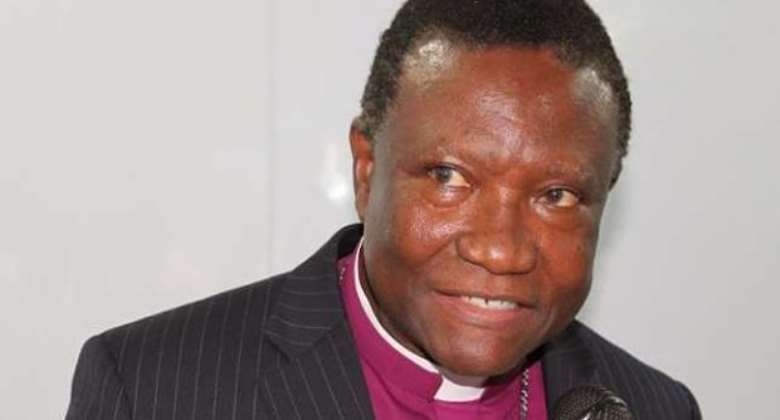 Most Reverend Professor Emmanuel Asante, Chairman of the NPC

A statement signed by Most Reverend Professor Emmanuel Asante, Chairman of the NPC, said such acts are divisive, tension-laden and have the potential to plunge the nation into political chaos and violence.

It said the recent violent clash between supporters of the National Democratic Congress (NDC) and the New Patriotic Party (NPP) at Kukuom in the Asunafo South District, Walewale in the Mamprusi West District and the mock burial of the NPP flagbearer,  presents to all peace loving citizens a steadily escalating sense of foreboding in respect of the impending 2016 elections.

It said it had become necessary for the NPC in delivering its mandate in the interest of the peace and unity of the country, to continue to urge all political parties, groups and individuals to be decorous and circumspect in view of their campaigning for the 2016 elections.

“We humbly urge the eminent leaders of our political parties to take leadership and hold their supporters in check to ensure that they do not engage in such provocative acts,” the statement said.

It said the NPC would continue to appeal to the media to be factual in their reportage of such unacceptable acts and behaviour.

It urged all political parties to engage in issue-based campaigning as they market themselves to the nation and avoid invectives.

The statement encouraged the security agencies to act swiftly and professionally in dealing with any infractions of the law to ensure that all political parties, groups and individuals keep the peace and unity of the nation.

“As an Institution mandated by the Act 818, Act 2011 to, among other things, promote understanding of the values of diversity, trust, tolerance, confidence building, negotiation, mediation, dialogue and reconciliation.

We call on all political parties, especially the NDC and the NPP to maintain a high sense of circumspection and restraint as they mount their political platforms,” the statement added.