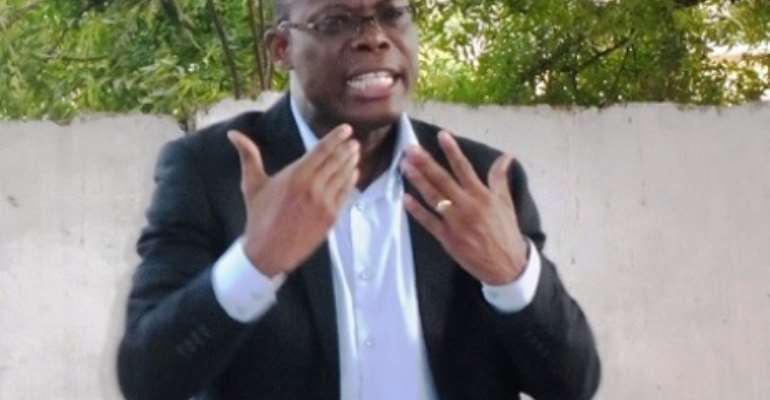 The Minister of Transport, Fiifi Kwetey has rejected claims that his party copied some policy ideas espoused by the flagbearer of the opposition New Patriotic Party (NPP), Nana Akufo-Addo in its manifesto.

Critics have said some of the promises and plans in the NDC  manifesto are similar to those proposed by Akufo-Addo especially his plan for the  provision of some social amenities.

Akufo-Addo had promised to create factories for each of the 216 districts and give all the 275 constituencies GHc1 million each to undertake developmental projects.

However, President Mahama on Tuesday also promised among other things to provide each pupil a tablet as well as build central markets in each district.

He also promised every district a compacting and shredding machine for plastic waste treatment.

Some Ghanaians on social media said Mahama’s promises were not different Nana Akufo-Addo’s but speaking on the Citi Breakfast Show, Fiifi Kwetey who is also the Member of Parliament for the Ketu South constituency denied the claims.

“You notice for example we are already trying to give every community that hasn’t got access to secondary school a community day secondary school, that is already on, you will notice that we’ve already made a lot of efforts to increase the text book availability to our children. These are things that already have been happening it has nothing to do with this newly discovered desire of the NPP to bamboozle people by just mentioning anything that comes to mind,” he argued.

Akufo-Addo’s promise only to deceive Ghanaians

Fiifi Kwetey also claimed that Akufo-Addo's promises are only to deceive the public to vote for them.

“For them [NPP] invariably, they say it because they believe that the ordinary people cannot see through and that they can deceive Ghanaians and come to power. That is exactly the symptoms that is happening now, with one this one that, it's just basically following the same tradition of trying to deceive people promising anything hoping that ones you have access to power you can do whatever you want to do.”

We won't steal manifesto ideas from losers
Both parties, the NDC and NPP have accused themselves of plagiarism of manifesto ideas with the NPP claiming that the NDC is likely to steal its ideas .

But General Secretary of the NDC, Johnson Asiedu Nketia refuted the claim .