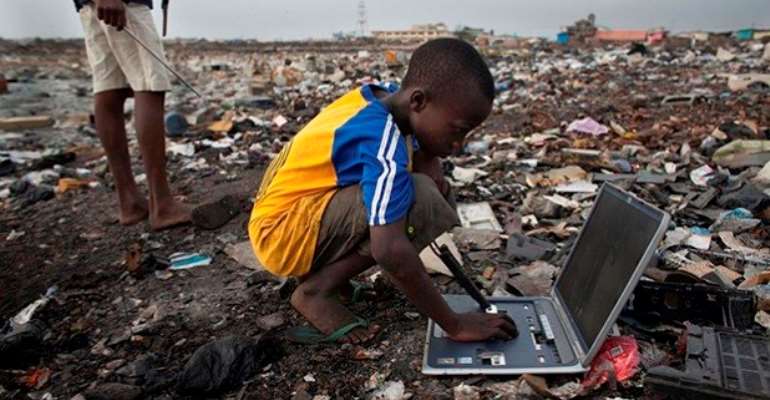 Residents living in the environs of Katamanto in the Nungua Municipality have been left to the mercy of filth and other animals who come to attack them. This filth is a result of the dumping of refuse into an open drain which is been left unattended to for years.

Sanitation is key and good health is the priority of every individual. Due to urbanization, most people have left to come settle at places to fend for themselves and their families. Due to the nature of human settlement in Ghana, houses are built most of often if not close, it is on water ways and this generate problems for the people any time it rains heavily.

This is a problem facing the people of Nungua Katamanto who had to settle along the edges of the water ways which has generated into a big gutter due to heavy rains and this drain has now become the refuses site for most of these people living there placing their health in a dangerous position.

ATV News in an interview with some residents, revealed how long they have been there and how their lives and health as a whole is at risk.

A lady who lives in a building right on the edges of the drain told ATV that they have nowhere to go as they have called on authorities to come help. She said that mosquitoes are what they battle with as the drain is filled with stagnant waters which are not able to flow due to it’s nature.

An old woman who gave her name as Auntie Adwoa who has lived there for over 30years also complained bitterly to ATV News of the trauma they have faced and are still facing.

According to her due to the poor work done and the place being muddy, anytime it rains the water is unable to flow leaving stagnant waters in the drain which breeds mosquitoes which she and her family has been battling with for all these years.

"when it is night, it's like the mosquitoes have been opened up here, no one is able to sit outside and if you do not close your doors well then you cannot sleep that night because no amount of insecticide we use ends up killing all of them” she lamented.

Also a young girl of eighteen years with the name Ama confirmed the problem the two people spoke about. she said the mosquitoes have been worrying them as aside the stagnant water in the drain, there is no place for the disposal of waste so sometimes they are left with no option but to dispose it off in the drain

According to her, not only mosquitoes but sometimes a crocodile appears in this drain which poses a threat to the people leaving around especially the children.

This issue although has been partly created by them, it can still be solved if the authorities and those in charge take the right steps such as providing waste bins and fixing the drain.

Health and good health is very important and everyone needs to get it but for those staying within these environs, nothing shows that they of good health.

In a country where we are seeking to eradicate malaria, cholera and other filth diseases as part of our Millennium Development goals, we cannot let this pass buy as these people will definitely suffer heavily if there is an outbreak of these diseases within that area.

We all have a role to play, let the authorities do their part and the citizens do theirs for a healthy and productive nation for a country whose people are in good health, there is productivity which is good for the country.