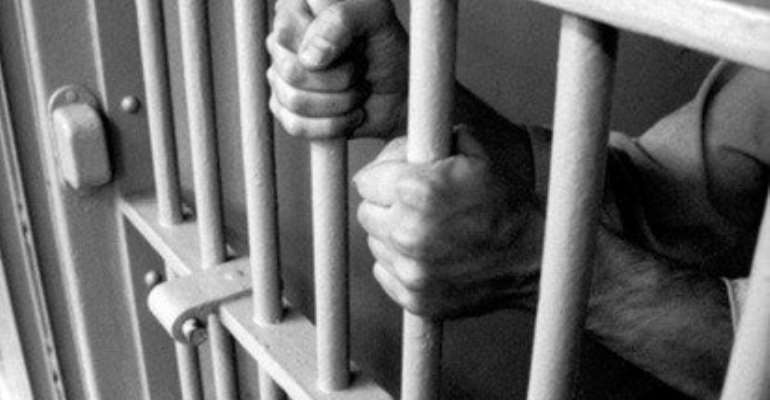 By Joyce Danso, GNA
Accra, Sept. 7, GNA - A man who entered the room of a female co-tenant, smeared pomade in between her buttocks after pulling his erected penis ostensibly to have sex with her, has been sentenced to six months imprisonment.

The Circuit Court, however, deferred his sentence to Wednesday.

The court presided by Mrs Rubby Naa Akweley Quaison ordered him to pay for the repairs of the trap door costing GH¢80 in default go to serve a day's imprisonment.

Sentences are to run concurrently
According to the court in sentencing Abbey it took into consideration his plea for mitigation.

The tenant was sleeping half naked in her room when Abbey broke in and conducted his nefarious act.

On August 23, at about 02:30 hours while the complainant was fast asleep in her room, the convict used some implement to cut the net of her trap door entered into the room and saw the complainant half naked on her bed.

Prosecution said Abbey quickly fetched the complainant's Queen Elizabeth Cocoa Butter crÃ¨me close to her Television set with his finger and smeared it between complainant's buttocks.

Detective Inspector Atimbire said the complainant felt some sensation and when she woke up she saw accused person standing by her bed with his erected penis.

Complainant raised the alarm and chased him out of her room.

Sympathisers who came to the scene arrested him but he fled on the way to the Police Station at James Town.

Prosecution said the complainant reported the matter to the Police and he was nabbed.