Are We Growing Wiser? Or We're Growing Just Taller? 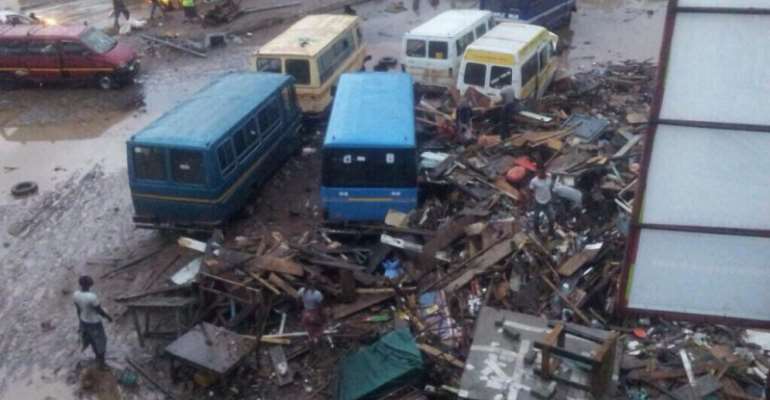 And again, it is here. The Accra floods. This is not the first time. And it sure won't be the last of its kind. Elsewhere, Daddy Mahama has called Uncle Oko Vanderpuye to ring the flagstaff house bell and summon the team; the Red Cross, the National Disaster Management Committee, and a couple of pot-belly ministers.

Somewhere in Takoradi, a writer has pulled his long quill and has dragged his parchment close to him, ready to scribble lines of tears, of fears, and of lame blame like I'm doing here. So the million dollar question is, ARE WE GROWING JUST TALL? Can't we grow a bit wiser?

How much money has Ghana not received to end this annual floods? How many promises have not been made to make this flood a thing of the past? Are our leaders sick-headed? Or we, the masses, are rather insane?

Also on Thursday, June 5, 2015, Mahama's words on age-long flood that has become a mass annual celebration reads “I have directed the finance minister to release funds for the construction of storm drains; and I promise this floods will not happen again in future” Where did the money go?

Are we serious as a people? Truth be told, our leaders are simply heartless, but the blame can't be heaped on them entirely. Can't we make any conscious effort to safeguard our very own property and precious lives if our leaders failing to be responsible? Or we have lost our sense of responsibility to the previous floods? I'm tired of crying.

JET ALAN.
The writer is a blogger @ www.ghanawrites.com and
http://standupgh.com