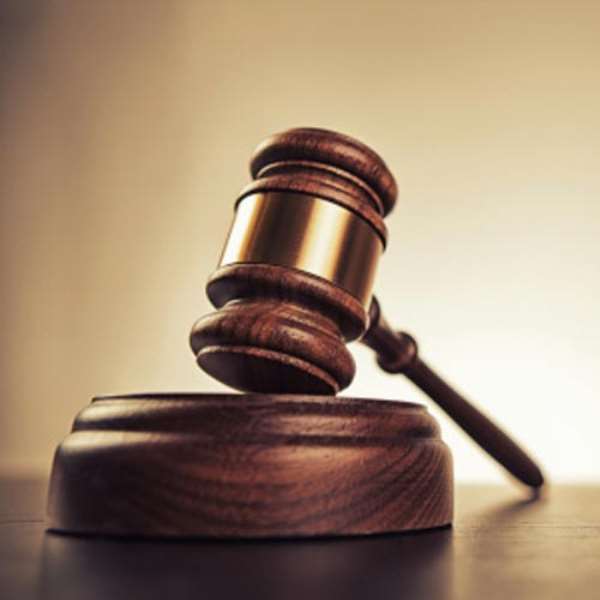 By Afedzi Abdullah, GNA
Cape Coast, April 8, GNA - An teenager from Assin Bosomadwe in the Central Region has been sentenced to eight years imprisonment in hard labour by a Cape Coast Circuit Court for defiling a 15 year-old girl.

The convict, Prince Dadzie, 18, pleaded guilty to the charge of defilement and was thus sentenced on his own plea.

Prosecuting, Police Chief Inspector Charles Hevi, told the Court, presided over by Ms. Audrey Kocuvie-Tay, that the complainant, Kwame Arkoh, a farmer, and the victim's father, lived at Assin Bosomadwe.

He said on Thursday March 30, while the victim was in her house, Dadzie sent his younger sister to call her for him.

Chief Inspector Hevi said when the victim got to Dadzie's house, he held her hands tightly, took her into his room and locked the door.

He said Dadzie pushed the victim on his bed, gagged her with a cloth and had sexual intercourse with her.

According to the Prosecution, Dadzie gave the victim Ghâ‚µ5.00 to cool her temper after the act.

She detected blood from her vagina on her way home and, therefore, reported her ordeal to her father who, subsequently, made a report to the Police, the Prosecutor said.

Soldiers will die more in any order to shoot to kill galamse...
18 minutes ago

We see politicians flaunting cars, houses in less than four ...
39 minutes ago