Confusion over land earmarked for Community Day SHS in Lawra 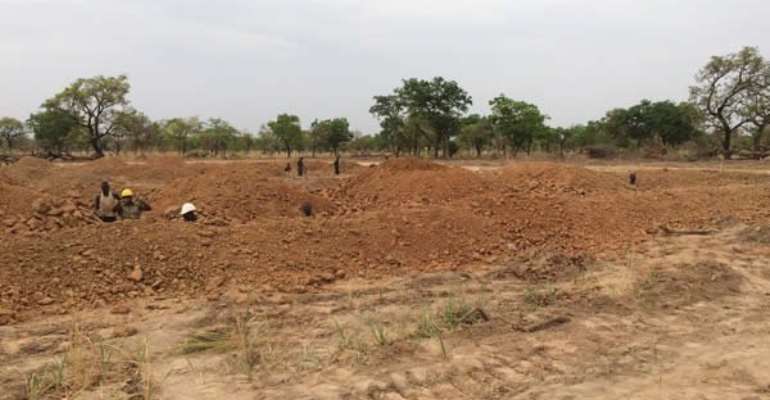 The siting of a Community Day Senior High School in the Lawra District of the Upper West Region has generated into a serious dispute.

Two communities in the district, Domwini and Boo, are each laying claim to the land, a situation said to be heightening tension in the area.

Joy News' Rafiq Salam reports that all four communities in that enclave – Lisa, Bazzin, Domwini and Boo – appear to have interest in the siting of the school in their communities.

The Lawra District Assembly then set up a committee to look into the issue and find a suitable place for the siting of the school.

The committee after vising all four communities settled on a parcel of land located between Domwini and Boo and recommended for work to begin.

The people of Domwini are however questioning why the school was named after Boo when they offered their land for the construction.

Boo indigenes on the other hand, also claim the land is theirs and therefore do not understand why the name should be changed.

Assemblyman for Domwini, Dominic Bawakyilinuo in an interview said, “When they [investigators] went, it was the Domwini people who showed the land but unfortunately, the name of the school came in the name of Boo."

“So the Domwini people immediately petitioned the president through the regional minister saying they are not objecting the construction of the school in the area but are against the name that was given,” said Mr. Bawakyilinuo.

He expressed surprise at the development since the communities have been living peacefully over the past years.

He warned the situation could degenerate into a communal conflict if authorities fail to address concerns raised by the people of Domwini.

“The Minister should get the paramount chief and the DCE and some stakeholders, if they meet them I don’t think this will be a problem but if they fail to do that, then I don’t know what will happen,” the Assemblyman said.

However, Assemblyman for Boo, Bede Pencil Nuo downplayed the threat.

He said they showed the piece of land for siting of the school so they own it. According to him, they are amazed that the people of Domwini are claiming ownership of the same land.

He said they will meet with the District Assembly and the Committee which ordered the construction over the issue.

Despite a threat looming conflict between the two communities, the contractor is on site and work is progressing steadily, Rafiq said.