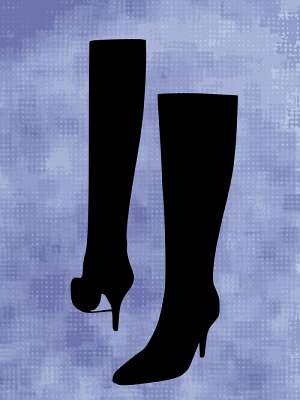 The Christian church is in a state of disarray. In fact, today many of the people who claim to be Christian are not really Christian at all. When we take a good look at the church today, there is very little resemblance to the churches of yesterday. For this reason, more Christians should be wary of the people who they call brother or sister in Christ. In case you did not know, Jesus (Yeshua) did the same and counselled his brethren to do likewise.

It is written, “Not every one that saith unto me, Lord, Lord, shall enter into the kingdom of heaven; but he that doeth the will of my Father who is in heaven” (Mattityahu/Matthew 7:21). This article is about the need to know who is a whore and who is a Christian woman.

The Law of Moses and the Law of the Spirit Written in stone is the Law of Moses. However, written on our hearts—as children of the Most High—is the law of the Spirit of God. It is therefore interesting that after Christ (Mashiach) fulfilled the law, there are those who despite grace are unable to fulfill the same commands that Yeshua taught us do lead to righteousness. After all, “righteousness and peace and joy in the Holy Spirit” (Romans 14:17) is the focus of the Kingdom child’s lifestyle.

The Whores in God’s Church This is why there are so many whores in the church today: it is because their focus is the licentious and carnal cravings for lust, power, greed and whoredom in order to perform their will in the family unit.

Today’s women are mostly whorish in the sense that they are more heathen than ever. A heathen woman is a woman that does not obey God’s intended choice for headship. It is written, “But I would have you know…the head of the woman is the man” (1 Corinthians 11:3). This apostolic doctrine was observed in the early church where even the virginity of daughters was placed under the authority of their birth fathers. What happened to today’s heathen women that they are so whorish to be wearing whorish clothing in public? Perhaps there are no examples for them? Well, even the Christian women are wearing leggings in public? That tells you a lot; the generation has gone to the WHORES. How tacky for Christian women to publicly display such heathen behaviour.

The choice of God is to save the people who as a result of trusting in His Word are ready to die for the sake of the gospel. For it is written, “…Here is the patience and the faith of the saints” (Revelation 13:10). Women who are whores and love licentiousness are heathen women. Do not be deceived! They are not Christian. They are heathen! In truth, the single most deadly sin of today’s church is the sin of denying the knowledge of sin. When a woman dresses like a whore in public, she is sinning against God and men. Today’s church tolerates every sick tendency of heathen women purporting to be Christian. Therefore, Christians must be ready for open rebuke of whores who hate sound doctrine. And if they will not repent they need to be ex-communicated (i.e. kicked out of the church!).

Yeshua’s Church will judge the world I am an apostle. An apostle is a prophet with orders sent from the Most High.

Recently, I had to rebuke many women in various outside settings about their whorish dressing habits. One of them was in a restaurant. Another was in a grocery store. I will, God willing, tell you more and testify about others later.

In the previous cases, both of the women were whores of Babylon claiming in spirit to be children of God. I rebuked one in a Muslim-owned grocery store for pretending to be a Christian while wearing stupid attire in public. When I rebuked both of them openly in public they nearly fainted of shame. However, Yeshua was glorified and the distinction between the heathen woman and the church women was clearly seen for a change.

In season—meaning when God gives me opportunity and the go ahead—I will be writing to the Jamaican church to tell it in particular that its women are among the most whorish, lascivious and stupid in the church today. My people, these are among the vilest women you will find on the face of the earth. Why would a man of God call women these names? It is because Yeshua is holy and Yahweh his Father hates whores who do not repent of their sins.

I am going to openly rebuke women in the Ghanaian church in season. Among the Ghanaian church women, the whores are so bold, that even the Muslim women who do not know Yeshua as Lord are more presentable than the so called Christian women. Where are the men of God who said they would die for the faith and remain holy until his coming? We need them today in order to purge the church of whores of the Babylonian system whose claim to fame is Christianity of the heathen.

Sincerely, Apostle of the Most High, Mawuetornam Dugbazah NB: This article is dedicated to the 144,000 from all of the tribes of Yisrael who will prophesy judgement in the end times. If Yeshua’s blood is of value to you, then get your priests and prophets ready to stop being whores and to stop marrying righteous men to whores of Babylon in the church. Marriage is sacred. We need heathen women to get out of the church!