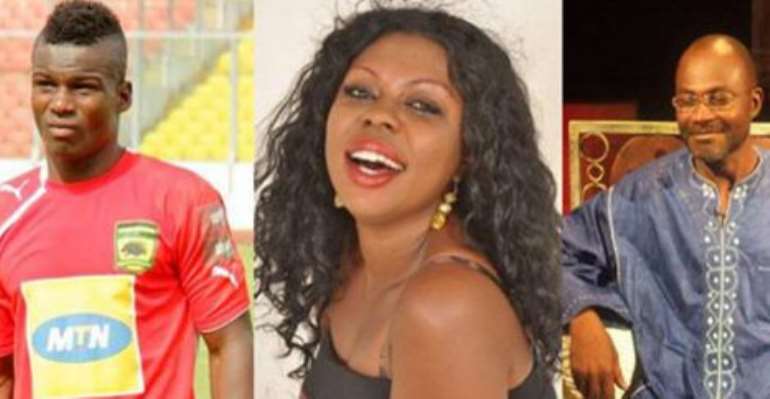 Toure is also keen with an uncompromised stance of taking Hon. Ken Agyapong to court for defamation, he disclosed to Happy FM.

According to the Ivorian Born Burkinabe international, the maverick politician’s claim that he Toure has infested Afia Schwarzenegger with HIV is untrue and a blatant attempt to destroy his image hence his decision to table the matter before court.

“I can say he is senseless because he is an elderly man with little brains. It’s unfortunate that a man of Ken Agyapong’s caliber will make such unfounded and scathing allegations against me. I don’t even know Afia Schwarzenegger physically. I have never had anything to do with her whatsoever. I have to take the matter to court to seek damages and to clear my name and hard won reputation. I have never been diagnosed of HIV and I even sent you some of my medical report when the news broke out initially. I have a wife and a son who are both not HIV positive so how can you label me as having contracted the virus. He has to come to court to prove it.” Ahmed Toure told Happy FM.

Ahmed Toure was roped into a banter between Radio personality Afia Schwarzenegger and Hon. Kennedy Agyapong with the later accusing the former of having contracted the deadly virus through the former Kotoko lynchpin.