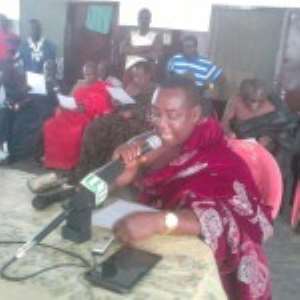 Members of the Asante-Akyem Agogo Traditional Council (ATC) say the country's security agencies have been adamant in dealing with the menace by the Fulani herdsmen in the town and its surrounding communities.

According to the chiefs, the inaction of the Ashanti Regional Police Command and the military had resulted in the death of more than 40 innocent citizens of the area, stressing that they are running out of patience.

Addressing a press conference at Agogo yesterday, the chiefs, led by the Krontihene, Nana Kwame Nti, said the prolonged silence of the security agencies was becoming deafening in the face of constant atrocities being visited on the Agogo citizens by the Fulani nomads. 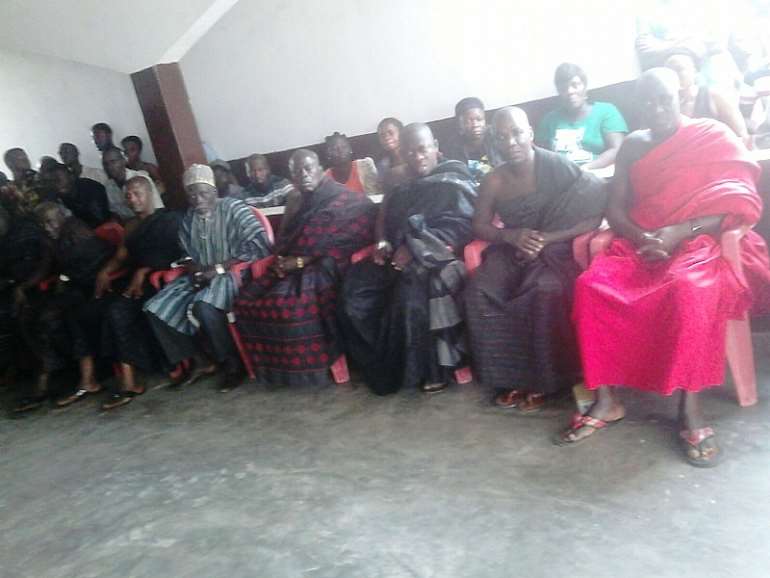 The chiefs at the press conference
On January 20, 2012, a Kumasi high court ordered the security agents to flush out the Fulani herdsmen and their cattle from Agogo, the chief claimed.

The traditional rulers indicated that the security agents had failed to act on the order since the judgement was given four years ago.

“Why the prolonged silence and inaction by them?” they quizzed and added that they had been sitting back and watching citizens of Ghana raped, maimed and killed without any provocation.

A statement, which was read by Nana Boakye Yiadom, Akyeamehene, intimated that Nananom could not allow “these atrocities to continue. People of Agogo are mannered, law-abiding and full of patience, but our patience is running out.”

.
The chiefs again warned of damning consequences if the security agents failed to act by flushing out all the Fulani herdsmen and their cattle as directed by the court.

According to Nananom, failure on the part of the security agents to heed their call would be interpreted to mean that their protection is in their own hands as citizens of Agogo and would defend themselves against any aggression from the Nomads.

Nana Boakye Yiadom recounted that the incursion of the Fulani herdsmen and their cattle on the Agogo stool land began in 1997 with small groups of cattle owners. 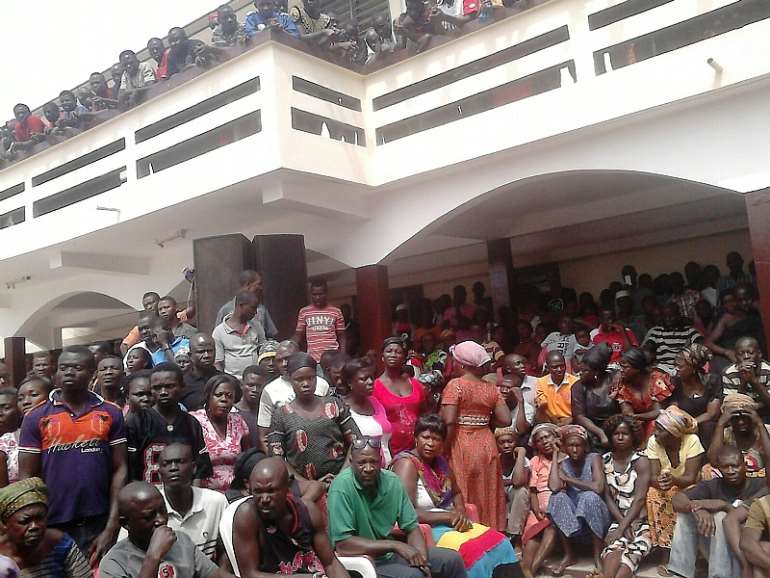 According the chief linguist, Nananom, with the impression that the meat industry was going to be enhanced, received them with open arms; little did they know that they were going to be a nuisance to the people of Agogo who are hospitable and hard working farmers.

“Before 2001, it was already clear that the herdsmen and their cattle were becoming difficult to accommodate, in view of the atrocities that had begun on our land,” the chief noted.

They said the situation had grown from bad to worse and therefore wanted the security agents to deal with the menace or they would resist the aggression of the nomads.