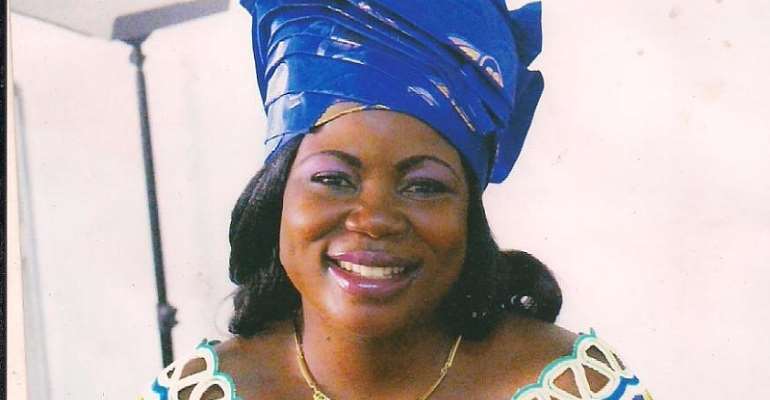 When Cynthia Nuworsu, an expectant mother, went to the Madina Polyclinic to give birth, it was the hope of her husband and the children that the family would welcome its seventh member, but that was not to be as both mother and child died.

The sudden death of the expectant mother together with her unborn baby at the Madina (Kekle) Polyclinic has set the widower, Bernard Otu (a driver and a native of Odumase-Krobo) and the medical officers of the clinic on a collision course.

The aggrieved husband is threatening to travel the full length to seek justice for what he described as professional negligence on the part of the officers.

He said the circumstance surrounding the death of his 38-year-old wife- a trader and a mother of four- smacks of unprofessionalism that should not pass without thorough investigation, if the precious lives of pregnant women who also intend to give birth in the facility were to be saved.

“The events that led to the death of my otherwise hale and hearty wife smacks of carelessness that must be of great concern to the public and women in particular”, he told these reporters.

Post mortem
A post mortem report from the Police Hospital, dated June 24, 2015, stamped and signed by one Dr. L. Edusei indicated that Cynthia died of “breeched presentation” and a “ruptured uterus during labour”.

According to medical experts, while ruptured uterus is a tear or explosion of the uterus, breeched presentation is a childbirth in which the baby exits the pelvis with the buttocks, feet or any other part of the body as opposed to the normal head-first presentation.

These followed an induced labour and nearly 24 hours of labour characterized by profuse bleeding.

Turned away
Narrating the events that led to his wife’s death, Mr. Out indicated that his partner, who had had her antenatal care at the Polyclinic, was invited on Wednesday June 17, 2015 by officials of the clinic to be delivered of her baby, having been put on a waiting list for delivery due to the lack of beds in the maternity ward of the facility.

On her arrival at the clinic around 5pm on that day, Cynthia (who until then was going about her normal activities), underwent an inducement and could be heard screaming from the ward around 8pm when he (the husband) arrived at the clinic.

Mr. Otu said he requested to see the wife, thinking his presence could soothe the pain or at least make him sure of her condition but he was prevented from entering the ward.

He said, he made three subsequent attempts but they also yielded no result. Angered and frustrated, he returned home, which was just across the walls of the hospital, until around 7am on Thursday June 18, 2015 when he showed up against and requested that his wife should be transferred from the clinic to a hospital due to the prolong labour, but his request was rejected.

He made a return to the facility against around 10am with same request but his wishes were not granted; instead, he was given the assurance by one Hajia, a nurse, that the wife was going to deliver.

Indecisiveness
According to Mr. Otu, he returned home only to receive a call around mid-day that complications had set in and the wife was going to be transferred to the Alpha hospital, also in Madina. He was later told the pain had aggravated and Cynthia was going to be sent to the Ridge hospital instead.

While on his way to the Ridge Hospital amidst anxiety, another call came through informing him that the wife had delivered at the Polyclinic. He returned around 1:30pm anxious to see the wife and the newborn but he was not given access because the nurses claimed the two were being given preliminary postnatal attention.

“I waited with bated breath until around 4:30 when I was invited into a meeting during which the Ag. Medical Officer, one Dr. Selorm Botchwey, surrounded by about six other nurses, broke the sad news of my wife’s death to me”.

According to him, his checks indicated that no effort was made at all to transfer the wife to the Alpha and Ridge hospital as he was earlier made to believe.

The corpse which was still heavy with the foetus (after nearly 24 hours of labour) was handed over to him and the family around 6pm with an accompanying note for a post mortem at the 37 Military Hospital.

They were however turned away on arrival at 37, compelling them to deposit the remains at the Police Hospital where an autopsy was later conducted on Wednesday June 24, 2015.

When contacted, the Acting Medical Officer of the Polyclinic refused to give details except to say “the Regional Health Director is better positioned to comment on the issue”.

Efforts by these reporters to talk to the Regional Health Director have since yielded no result”.

A visit to the office on January 14 and three phone calls subsequently to the secretary of the Regional Director were only met with “she is not around. She has not given me any date to call you”.

April 2010
A couple who lost their child through what they term “medical malpractice and professional negligence” demanded GHC 2 million compensation from the Lister Hospital and Fertility Center where the baby died.

Mr. Thomas Vaah and Elizabeth Vaah, who work with the United Nations and World Bank, respectively, plan to use the money as seed money for a foundation they have formed in memory of their late son to provide assistance for parents who undergo a similar ordeal.

The traumatised parents accused the hospital of “gross unprofessional conduct” which led to the death of Nyilale Vaah Junior, who was delivered on Tuesday March 9, 2012; almost 17 hours after Mrs. Vaah had been admitted and had received virtually no attention from healthcare professionals at the hospital.

The hospital’s management, however, denied the allegation.

May 2010
The husband of a 28-year-old woman, Dzifa Agboforti, alleged that unprofessional conduct of nurses of the Ketu South District Hospital at Aflao in the Volta Region resulted in the death of his wife and newborn baby.

Mr. Simon Ackumey said his wife reported to the health facility at about 8 a.m on April 8, 2010 to deliver but the nurses cared little about her presence.

Mr. Ackumey said the following day, the nurses asked his wife to move to another bed despite her plea that she was about to deliver.

He said when the wife got up and walked toward the bed, the baby dropped on the floor, compelling the nurses to rush to pick him and resuscitate him but he died two hours later.

November 2010
A young couple whose twin babies died during delivery at the Tema General Hospital on November 3, 2010 accused the Hospital of “murder” through negligence.

According to them, the two girls could have survived if nurses and doctors on duty had been more responsible and professional in attending to them.

March 2014
The family of 24-year-old pregnant lady at Lateriokorhsie, a suburb of Accra accused authorities of the Korle-Bu Polyclinic of negligence, causing her death.

Abigail Boateng was almost three months pregnant when she died at the polyclinic on March 2, 2014.

Henking is a journalist (an activist writer) and a blogger and can be reached via [email protected] You can follow him on twitter with the handle @henkingklonobi. Don't hesitate to leave the writer a comment on the story read.