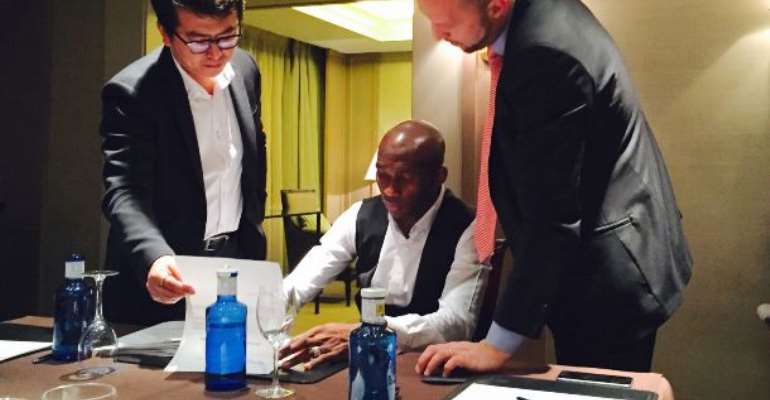 The 29-year-old defensive midfielder is the second African to join the Qinhuangdao side after Ivorian forward, Yao Kossi Gervinho.