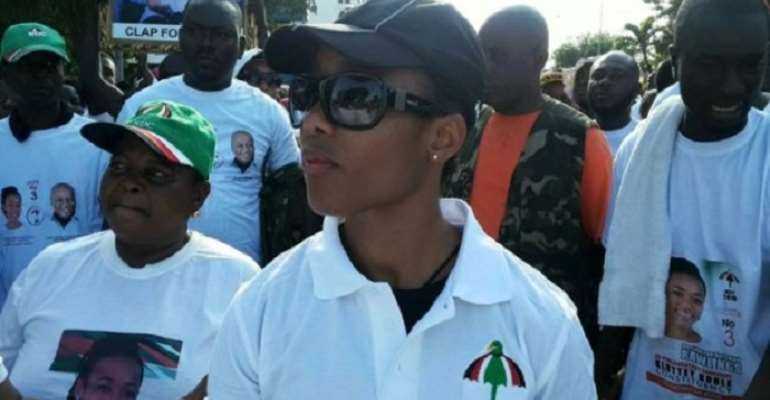 Member of Parliament for Klottey Korle Nii Armah Ashittey and one Nii Johnson Coleman have filed a joint suit at an Accra High Court against the Electoral Commission and the Parliamentary Candidate for the area, Dr Zanetor Agyeman Rawlings, challenging the latter’s legitimacy to contest for a parliamentary seat under the 1992 constitution.

The two who both contested the NDC’s constituency Parliamentary election and lost to Dr Zaneto on November 21, 2015, are of view that her election was unlawful as she is not a registered voter in the National Voters register.

The case is expected to be heard on Friday January 29.

Some aggrieved members of the National Democratic Congress (NDC) had her sued her challenging her election.

The aggrieved members including Joseph Narku Botchway, Jacob Amin, Alhaji Mohammed Mahmud and Reverend Michael Kwabena Nii Adjei Sowah insisted Dr. Zanetor Rawlings, was not qualified to be elected as Parliamentary Candidate of the party because she is not a registered voter in Ghana.

Other defendants in the suit were the NDC and the Electoral Commission.

They had prayed the court to declare the election of Dr. Zanetor Rawlings “null and void” and order the NDC to conduct fresh elections in the constituency.

But the presiding Judge Patience Mills Tetteh, ruling on the matter dismissed the application on the grounds that the petitioners’ action amounted to an afterthought, as they should have raised their objection against the candidate after she filed and was running her campaign.

She was of the view that disqualifying Dr Zaneto will be a waste of her (Zaneto)’s money as she spent a lot of resources leading to her emerging the winner in the party’s primary.