An Untapped Frontier Of African Tourism 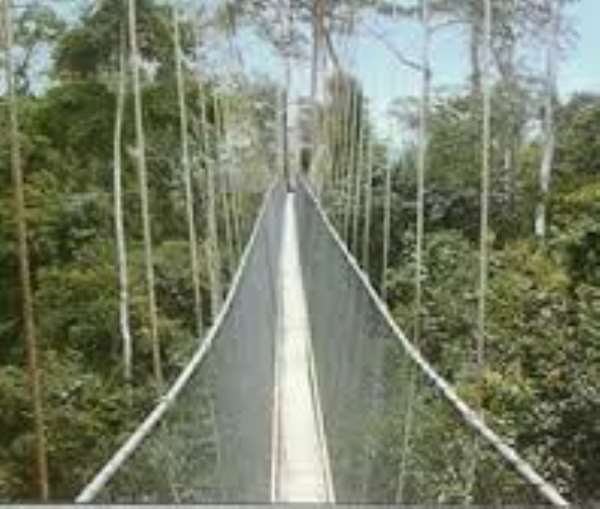 With its vast and diverse geography, ancient civilization, Red Sea coastline, and safari potential, Sudan can be considered one of the untapped frontiers of Africa’s tourism industry, though the industry has been held back by a lack of infrastructure and outside investment, as well as travel alerts in some Western countries, increasing inflows of tourists from the Middle East and a concerted development drive from the Sudanese government suggest that this is about to change. This article will highlight the main features of this market’s potential to develop into a regional tourism hub.

Sudan is the third-largest country in Africa and sixteenth-largest in the world. The country is situated in northeast Africa, with an 853-km coastline bordering the Red Sea. Both the Blue and White Nile rivers run through much of the country and the tow intersect near the capital Khartoum to form the legendary Nile that flows through Egypt to the Mediterranean. Sudan is a land of geographic extremes and the topography varies from sandy desert to grassland savannah, jagged coastlines, and tropical forests. This biological and geographic diversity makes Sudan a truly unique place to visit for any aspiring naturalist or physical geographer.

Sudan has the potential to become a premier destination for scuba diving in North Africa. Form Port Sudan divers can explore the most untouched waters in the Red Sea, including the famous Shaab Rumi coral reef where the world-renowned biologist and explorer Cousteau once conducted his experiments. The reef is home to an abundance of coral species, reef sharks, barracudas, bumphead parrotfish, and black and white snapper. Sudan’s Red Sea coast also offers some of the best wreck diving in Africa. Multiple wrecks, including the Umbria and Blue Belt, can be viewed in Sudanese waters. The Umbria wreck dive offers scuba divers the opportunity to view a World War II wreck. The ship was scuttled by the Italian Navy in 1940 to avoid it being captured by British/Sudanese forces. The ship’s cargo included 350,000 bombs and other arms bound for Axis forces in Eretria. The Umbria is rumored to be one of the best wreck dives in the world due to its size and shallow depth.

Sudan also offers an array of safari destinations for tourists looking to explore the African savannah. Sudan’s Al Radom and Dinder National Park’s play host ot one of the lrgest animal migrations on the planet. Each year, in the dry season (November to March), heards of white-eared kobs, tiang antelopes, mongalla gazelles, elephants, buffalo, zebras and other ungulates trample miles of dry plains in search of water and food, all in tightly-clustered groups up to 10 kilometers long.

Sudan has rich and ancient history dating back to the eighth millennium B.C. the country is home to multiple ancient excavation sites, pyramids, and tombs, one of the largest being the Archeological Sites and Pyramids of Meroe, which is located just 25 hours north of Khartoum. This ancient city was the capital of the Kingdom of Kush form 800 B.C. to 350 C.E. a powerful civilization that derived its wealth from a strong iron industry and international trade with Ancient Egypt, India, and china. The Meroe Site is marked by more than two hundred pyramids in three groups, many of which are in ruins. They have a distinctive size and shape that is characteristic of Nubian-style pyramids. In June 2011, the Archeological Sites of Meroe were listed by UNESCO as a world heritage site.

In addition to Meroe there are multiple other historical attractions, including the ancient Gebel Barkal site, the Amun Temple, the Wadi Al-Ubayyid Cave and many others.

Sudanese culture merges the practices and rituals of about 578 ethnic groups, communicating in 145 different languages, and in many ways the country represents a microcosm of Africa as a whole. Most citizens identify strongly with both Sudan and their religion. Since the arrival of Islam in the country as early as 650 A.D, the teachings of the Qur’an have had a great influence on the people of Sudan. The vast majority of Muslims in Sudan adhere to Sunni Islamic teachings form the Maliki School. However, Islamic practices in Sudan have been deeply influenced by Sufism. This long and diverse religious tradition, and the cultural sites that come with it, have helped to make Sudan into an appealing tourist destination in the Muslim World, particularly among travelers form the Middle East.

Sudan’s tourism sector is far less developed than other African tourism hotspots like South Africa and Kenya, making it an ideal place to invest. According to remarks made in 2013 by Tourism Minister Mohamed Abdul-karim Al-Had, Sudan’s tourism revenues in 2012 were estimated at around USD 600 million. In 2013, Sudan hosted over 5 million tourists and that number is expected to triple over the next decade. The government has also taken steps to streamline the regulatory environment and remove previously high tax burdens on the tourism industry. The government has achieved this by amending the current Tourism Act to make the country a more attractive place to invest in and visit. They have enacted these reforms while at the same time placing an emphasis on conservation and the protection of coral reefs and marine ecosystems.

Some Western nations have advised against non-essential travel to Sudan. Yet for the most part, other than some parts of the Darfur region and the South Sudan border area, the country is very safe. Sudan has low rates of crime and tourists are generally treated with respect. Note that alcohol cannot be brought into or purchased in Sudan.

A Sudanese visa should be obtained in the traveler’s home country. Visas can also be obtained at the Sudanese Embassies across board. Visitors are asked to complete registration upon arrival and those wishing to photograph certain sites in the country may require a permit.

Sudan has all of the geographic and cultural resources needed to attract tourists, not just from the Middle East, but around the world. What’s lacking is the hotels and transport infrastructures to move them around the country comfortably. Yet solving this problem is only a matter of investment, and we are already seeing renewed investor interest in Sudan’s tourist industry. Once the necessary infrastructure is in place, there’s no reason to believe that Sudan couldn’t become a regional hub for tourism.