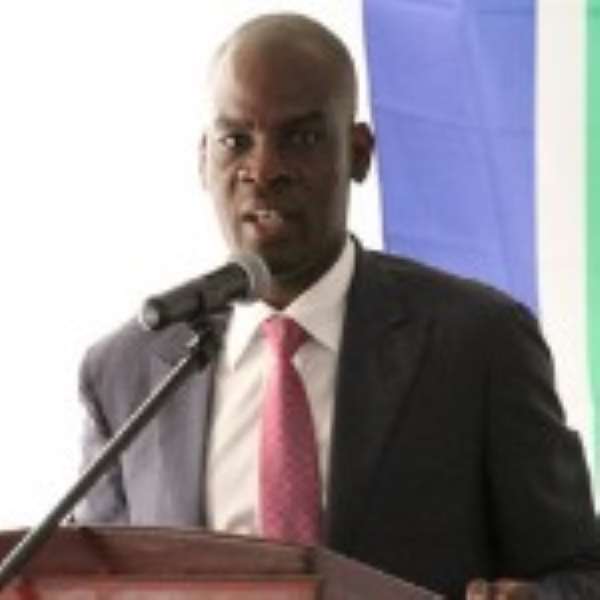 Haruna Iddrisu
The Minister of Employment and Labour Relations, Haruna Iddrisu, has been put on the spotlight over an unusual amount of GH¢1 million he used to fund a conference in Switzerland.

He has admitted that the ministry is yet to refund the GH¢129,089, saying that it was not unusual for ministries to take money from agencies under them.

The monies were raised to cover two separate conferences scheduled for Geneva, delegations of which he was leading as sector minister.

DAILY GUIDE has gathered that the trip entailed four-member delegations for the International Labour Organisation (ILO) meeting on March 12, 2015 and a second one in May the same year.

Although a correspondence dated March 17, 2015 sought to give an assurance of refund as contained in this excerpt: “The Ministry undertakes to reimburse you with the funds as soon as Bank of Ghana honours our request for payment through the GIFMIS platform, and for this transaction I provide my personal assurance,” he has not made good the refund.

He had explained though that the money would be
.
“reimbursed subject to payment and release by the Ministry of Finance.”

It would appear that the minister has overshot his budget as contained in the complaint of former CEO of the Youth Employment Agency, Vincent Kuagbenu, who said the employment ministry was making excessive demands from the agency, which he added was putting a strain on his budget –  something the minister rejected.

Kuagbenu has since been removed from YEA and sent to a  yet-to-be-determined desk at the presidency.

The minister had told Joy FM's 'Super Morning Show' on Monday that there was “nothing wrong with the minister relying on funds of its agencies.”

No sooner had news about the scandal hit town than the minister said in a statement that it was “normal practice within the Ghana Public Service for ministries to depend on their agencies when they are in financial distress and can sometimes borrow for subsequent reimbursement, subject to releases from the Ministry of Finance.”

Ghana's participation in the ILO Conference and the official government delegation, he went further, “was officially sanctioned and approved by the office of the Chief of Staff by a letter dated 19th May, 2015 to include social partners, Employers, Representatives of Organised Labour and Members of Parliament.”

“It is to be noted that the two hundred and thirty thousand, nine hundred and sixty US Dollars, forty three cents ($230,960.43) had fifty percent of it used for the payment of subscription arrears owed ILO, amounting to one hundred and forty-four thousand and fifty Swiss Francs, fifty cents (SFR 144,052.50) and that of the African Regional Labour Administration Centre (ARLAC) which amounted to $69,706 pending reimbursement by the Ministry of Finance, which was outstanding and in arrears.”

Mr Haruna Iddrisu described as erroneous the impression “that the money was entirely used for the purpose of official foreign travels.”