Manasseh’s Folder: Charlotte Osei does not need a penis to succeed 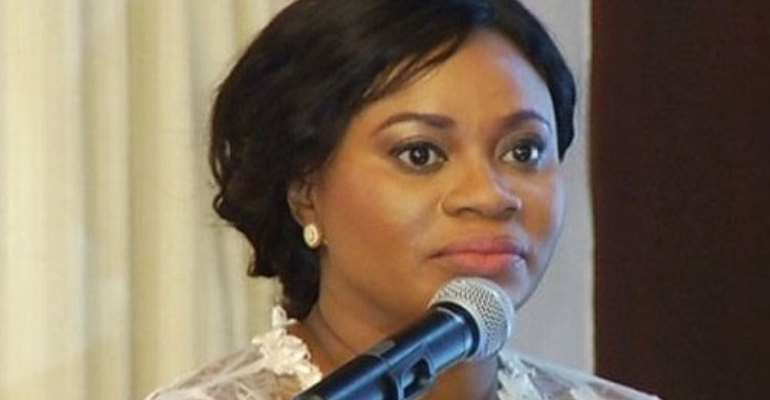 Since President John Dramani Mahama announced Mrs. Charlotte Osei as the Chairperson of the Electoral Commission, I have heard a lot of people raise concerns about her capabilities. Not many doubt her competence as a person. Their beef is her gender.

If that were the case, Dr. Kwadwo Afari-Gyan would not have been a candidate at all. It only needs someone with mental toughness to succeed. And nothing shows that a woman cannot be mentally tough.

To succeed as the EC boss, one needs good conscience. One has to be incorruptible. One has to be credible. There are many corrupt men who have run down many state institutions. A few women have messed up, too, but we have not heard anything of that sort about Mrs. Charlotte Osei.

Some have said she will be biased because she has affiliation with the ruling National Democratic Congress (NDC). I think that point is invalid. Who in this country does not have a soft spot for any political party? Do we know of a Ghanaian of good standing who does not vote and who should be made the EC boss because of their supposed neutrality?

Can we even say that such people are neutral just because they do not vote? Whether the appointment is done by President Mahama or any independent institution (as some people are suggesting but are without the faintest idea the planet from which that institution will fall) the EC boss will have some sort of affiliation or soft spot for one political party.

Mrs. Charlotte Osei, like any normal human being in our republic, cannot be neutral. She can only be fair and impartial in her dealing with the political parties involved. She can be true to her conscience and put Ghana beyond her personal or party interests.

Whether Charlotte Osei will succeed or not is a choice. If she wants to succeed, there are a few things I think she should do:

She should thank President Mahama for appointing her to that enviable office, but she should know she doesn’t owe allegiance to the President or his political party. She should know that like, Dr. Kwadwo Afari-Gyan, Presidents and political parties will come and go but she will be there. Only her integrity can keep her afloat the turbulent waters of our immature democracy.

Mrs. Charlotte Osei should know that she is carrying the hopes and aspirations of millions of women in our republic. There are people who still believe that women are not fit for the position she is occupying. How she performs will either put them to shame or vindicate them. She must not fail.

Finally, she has to psyche herself to the reality that will confront her. She is now like a ripe mango tree by the roadside and she should prepare for a lot of stones. Our elders say a person who does not like greetings must not farm by the main village path. She has taken a tough job. Like Kofi Anann was once told when he was appointed Secretary General of the United Nations, she has accepted a job from hell. It is an important job that must be done. And the lots have fallen on her.

Her position will attract a lot of attention, for the good and bad reasons. She will be insulted and abused. She will be vilified and accused. Even if she is fairer than an angel, she will be accused of bias. But she should learn from Dr. Afari-Gyan. He was named Ghana’s apostle of Integrity by the Royal House Chapel, and many Ghanaians agreed with that citation.

But both the NDC and NPP have taken turns to praise or vilify him, depending on whose favour the pendulum of election victory or defeat swung. As a piece of advice, she should not listen to some radio talk shows and guard against wanting to please anybody.

The spotlight is on you, Madam Referee. Welcome to our turbulent political pitch. The battle has begun for you. We mere mortals are only spectators. We will praise you if our team wins. We hiss and curse at you on the touchline if our team is losing.

But your true judges are far better and fairer than those of us with vested interests in this game. And who these true judges of yours?

Your conscience.
Posterity.
And the ageless Old Man beyond the azure skies.
The boy from Albert Abongo’s Bongo Constituency of the Upper East Region can only wish you the best of luck.

May you succeed.
May our democracy grow under your watch.
And may Ghana succeed.