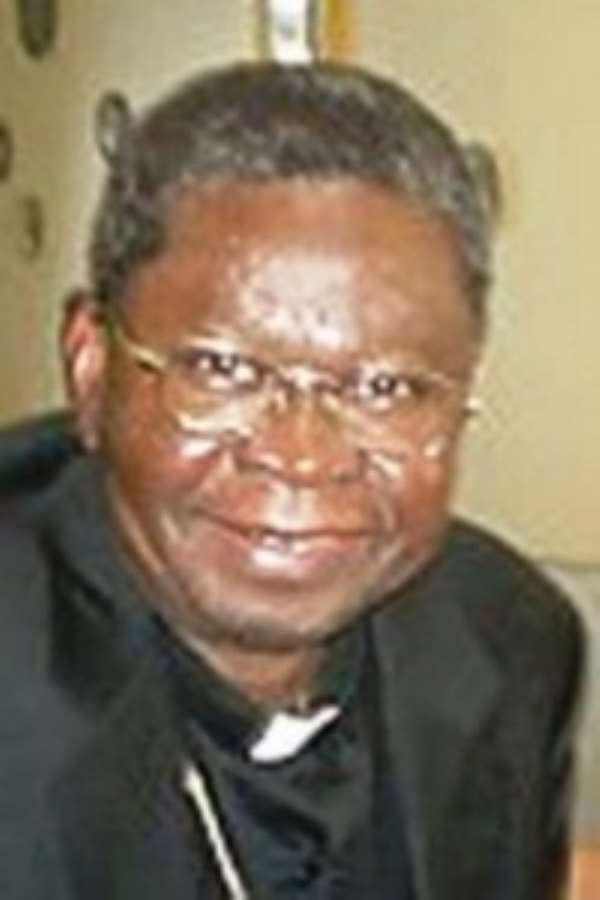 Tamale, Jan. 2, GNA - The Most Reverend Philip Naameh, the Metropolitan Archbishop of Tamale has advocated the need for the Catholic Church to create avenues to recognise persons who are not married or single to address their needs.

He said the church has noticed that the singles or the unmarried persons constitute a large population in the congregation whose needs must be addressed spiritually and materially.

He said many of them could easily meet their life partners if the church addresses their needs adequately.

Most Rev. Naameh was addressing the Ola Cathedral Catholic Church in Tamale on Friday to usher in 2016.

The celebration of the mass was attended by large group of people including the youth, women and the aged who could not hold their joy as the church announced the end of 2015 and ushered in 2016 with lots of prayers.

Most Rev Naameh suggested that there could be the formation of an association of singles in the Catholic Church in the near future for people to meet their life partners through the association saying: 'Many of those singles are running from one church to the other just to find their love ones.'

He advised couples to express themselves to their partners and give them unconditional love to ensure the prosperity of their relationships.

He indicated that the church has in the past been giving financial resources to individuals in need especially to further their education but at the end, the beneficiaries fail to repay the money, compelling the authorities to change the policy.

Most Rev Naameh said now the church offers financial credits for people to start businesses to cater for themselves.

Recounting events of the 2015, the Most Rev Naameh expressed disappointment over the poor management of the nation by the government especially with issues relating to the energy crisis.

He said the crisis popularly referred to as 'dumsor' has continued to darken the nation instead of Ghanaians getting light.

He urged the government to find better and realistic solutions to the challenges confronting Ghanaians to ensure that people live comfortably. GNA