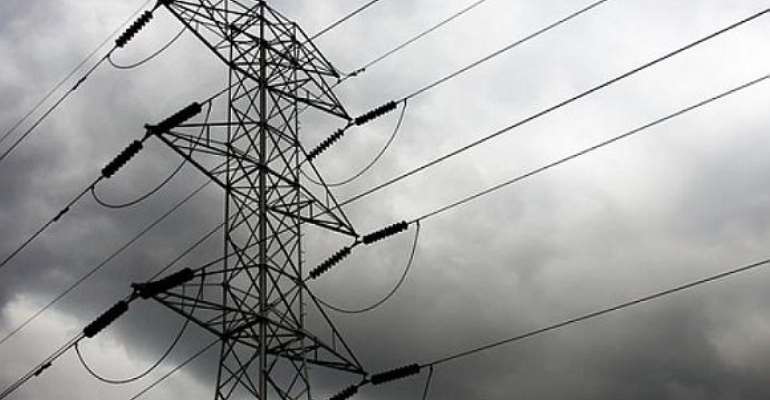 The power sector in Ghana has been segregated into three segments comprising; electricity producers - the Volta River Authority(VRA) and Independent Power Producers (IPPs), the Ghana Grid Company(GRIDCo) monopolises transmission, while the Electricity Company of Ghana and Northern Electricity Distribution Company(NEDCo) are responsible for distributions to both bulk and domestic consumers.The segregation was aimed at improving efficiencies and giving them more focus in the respective sub-sectors with a view of delivering regular and affordable electricity supply. Subsequently, some successes have been achieved in this regard but with appreciable challenges.

According to The World Bank(2014), about 24% of the population of Sub-Africa has access to electricity. Access to electricity has been described as the percentage of the population who are connected to national electricity grid. Significant feat has been achieved to the extend that the electricity penetration in Ghana has increased to about 76%, only second to South Africa which has access rate of over 80%. However, La Cote D'Ivoire has 70 per cent of electricity penetration, while only 24% of mainland Tanzanians are connected to national electricity grid. However, Burkina Faso has merely 13% access rate. However, one of the main challenges in the power sector in Ghana remain erratic electricity supply and high indebtedness.

It is common knowledge that this state of affairs are caused by low tariffs, high cost of generation, non-payment of bills, poor revenue mobilisation, price under recoveries, illegal connections, mismanagements and extreme politicisation of power issues. Operational inefficiencies have also led to high transmission and distribution losses. Therefore, if we really want to overcome these obstacles, we must be prepared to do things differently. The repetition of the above variables could only produce the same results.

Low tariffs have been responsible for high level of indebtedness in the power sector in Ghana. The recent debt quagmire has the potential of crippling the power sector unless adequate measures are put in place to rectify it. The debts owe by the Volta River Authority leaves sour taste in the mouths of most Ghanaians. The VRA huge debts incurred from Ghana National Gas Company(GNGC) and Nigeria-Gas (N-Gas) to the tune of $150 million and over $180 million respectively are mainly due to maladministration.

What makes the situation even worst is the debt the VRA owes GNGC. This whopping amount within a short period of its commercial operations leaves much to be desired. The Chief Executive of GNGC has been making several distress appeals for the debt to be settled immediately went without a listening ear. The upstream(Generation), midstream(transmission) and downstream(distribution) companies are all highly indebted one way or the other. Therefore, the balance sheets of all the value chain companies in the power sector remain very weak.

The cost dynamics have also changed ever since thermal generation became a base load. The costs of light crude oil, heavy crude oil and lean gas are quite expensive and imported from markets elsewhere. The cost of fuel generation is estimated to be 30 pesewas for a kilowatt of electricity, but both residential and industrial consumers pay only 15 pesewas for one kilowatt of electricity as approved by the Public Utility and Regulatory Commission (PURC). This represents under recoveries of about 50 per cent of the generation cost incurred by the generation companies.

The increasing cost of production without corresponding tariff hikes makes companies lose substantial investments. As it was reported the VRA invested $1.3 billion to generate electricity but could only managed to collect a total revenue of $900 million. This investment alone made under recovery of $400 million. Consequently, the VRA has owed banks to a tune of $1.3 billion, making it extremely difficult for it to settle its debts for gas supplies from both Ghana National Gas Company and Nigeria Gas(N-Gas).

Therefore, the N-Gas threats to cut gas supply over the accumulation of debts was predictable but the implication is dire for the electricity supply unless adequate mechanisms are put in place to defray the obligation. Fortunately, the Ministry of Power has rescheduled the payment plan with N-Gas, but lasting solution should be found to the debacle to forestall acute blackout across the country.

Subsequently, high indebtedness of the VRA is as a result of the ECG, VALCO and GRIDCo's refusal to honour their side of the bargain. Sadly, the power purchase agreement in the country does not favour VRA. The ECG has an obligation to initially pay IPPs and GRIDCo before it could consider payment to the VRA. More so, while electricity consumers pay ECG in the local currency, the power purchase agreement makes it mandatory for the ECG to pay the IPPs in dollar equivalent using current foreign exchange rates. Hence, the distribution company has an accumulated debt of GHc1.2 billion partly due to exchange volatility, price under recoveries and low tariffs.

Another big challenge that deprives the ECG of adequate funds is failure of both state and private companies to pay their electricity bills. Many state institutions especially, have developed a sense of entitlement towards utilisation of electricity. Ironically, the state institutions are reported to owe ECG over 500 million dollars. Therefore, the recent crusade that has been embarked upon to disconnect defaulting consumers needs to be supported by all. For instance, the ECG recently disconnected Koforidua Polytechnic, National Identification Authority(NIA), GBC transmission towers at Amedzofe and Cape Coast Teaching Hospital over unpaid bills. It is incumbent on the government to come out with a road map towards settling all debt owed the ECG as this may be a catalyst for further investments.

These remedies must be fast tracked to save the company from crumbling financially due to non-payment of bills. Mopping up the debts owe by these institutions can improve its financial position and subsequently the VRA. Also, about 425 consumers have been sued by ECG over non-payment of bills. However, this exercise is normally being frustrated by various governments as a result of lack of political will.The availability of electricity provides an avenue for economic and technological advancements. It is a very sensitive variable with political and economic implications on the effectiveness of industries in most countries. Therefore, fixing of tariffs becomes veritable grounds for losing or winning more votes during elections.

One more obstacle that makes the operations of the ECG worse off is the activities of illegal connections. The ECG in collaboration with police and military clamped down on more than 88 illegal power consumers in the Eastern Region alone. Recently, ECG also crackdown about 20 illegal and defaulting power consumers at Danyame and Suame both in Ashanti Region. These culprits included drinking bars, hair dressing salons, barbering shops, restaurants and printing press. This exercise is aimed at improving revenue collection and discouraging illegal connections in the country. To achieve a full impact of the exercise, the culprits should be made to face the full rigorous of the law.

The obstacles are unattractive to the generating companies in the value chain. It is clear that these inefficiencies in the electricity value chain, if not addressed, can deny the country the Millennium Challenge Compact (II) into the power sector. Drastic measures are therefore, needed to sanitise and rationalise the power sector and improve their financial and operational efficiencies if the country is to access the fund. EPRI believes that the above challenges have cost implications on the tariff regimes. Hence, overcoming them will go a long way to addressing the high cost of electricity.

These challenges must be sorted out as practical as possible to reduce our debt profile and improve the efficiency of the national electricity grid. It is crystal clear to every Ghanaian by now that the electricity crisis has everything to do with both technical and financial problems. At a point, it was observed to be technical one due to the breakdown and maintenance of certain plants as well as poor reservoir management associated with hydropower, but now the financial challenge has strongly emerged.

The sad story is that the consumers have always expressed hostilities whenever proposal for payment of realistic tariffs is suggested and successive governments also lack political will to tackle the problem head on. It is unfortunate that Ghanaians always mix partisanship with economic reality in their public discourse. However, the transition from hydropower to thermal power signals the shift to high cost of generation and subsequently high tariffs to consumers. Sanitising and improving the financial performance of all the companies will eventually enhance reliable, sustainable electricity supply in the country. The financial wellbeing of the off-taker (ECG) will eventually translate upwards to the GRIDCo and VRA.

Adequate measures should therefore be adopted to systematically address these bottlenecks to give relief to the power sector companies. Lately, public fora were held throughout the country by PURC to solicit support for intended increments of utility tariffs to about 100%. Even though public outcry is still loud against the proposed increases, we must be ready to accept the fact that the era of cheap electricity is long gone with the introduction of more thermal in the generation mix. Much as the consumers want value of their bills, so do the companies want returns on their investments. Therefore, the issue of the payment of realistic tariffs must be discussed dispassionately and in the national interest.