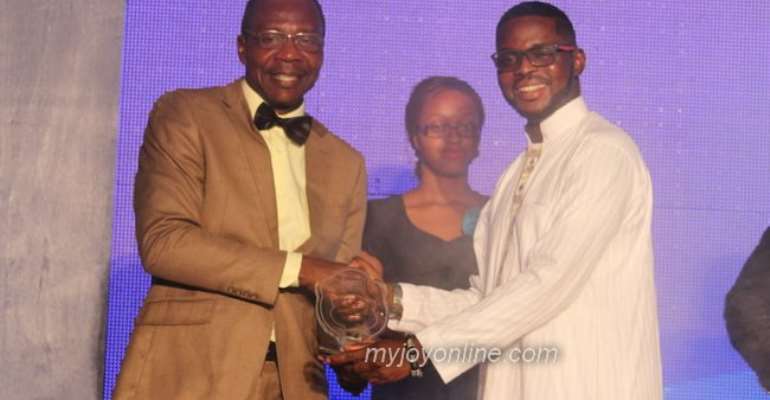 Kojo Yankson who has been hosting the SMS for just a year told Joy News he is extremely excited about the achievement.

He however acknowledged that the feat could not have been achieved without the fantastic effort put in by producers of the show.

Winning the award in his view only means that a lot more needs to done and “we have to raise the bar, we have to be here next year and perhaps pick up a few more awards”.

The National Marketing Performance Awards which is the 26th in the series is an annual event organised by the CIMG to honour individuals and organizations for their marketing excellence and innovation.

It was held at the Banquet Hall of the State House Saturday.

He shoved off competition from a number of top CEOs to pick the prestigious award at a ceremony held at the Banquet Hall of the State House last night.

He told Joy News he was very humbled to have been honoured.

Mr. Andani said businesses in the country, can position themselves in the digital world for greater success.

Alhassan Andani and Lucy Quist
The Marketing Woman of the Year award which went to Airtel-Ghana’s CEO Lucy Quist.

Motor Firm of the Year went to Toyota-Ghana, while the Insurance Company of the Year was taken by Vanguard Assurance.