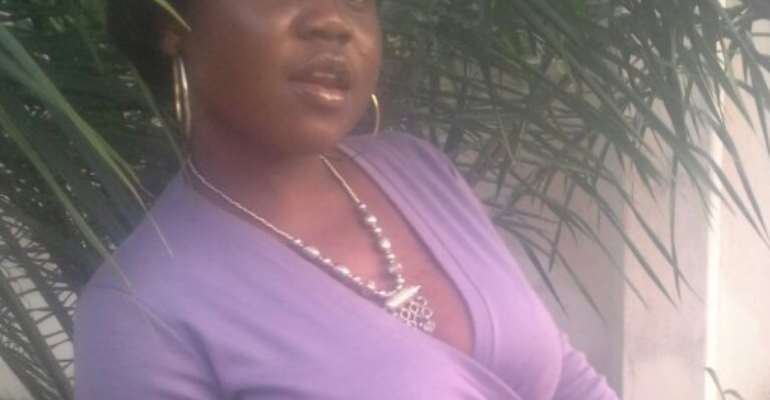 THE FAMILY of a 23-year-old woman is trying to unravel the circumstances under which their daughter died in the house of a very prominent man on Friday, August 21, 2015.

The lifeless body of Veracity Elorm Oteng was found floating in the swimming pool in the residence of a businessman (name withheld) in Dansoman.

Though the family suspects foul play, the Dansoman Police said they were waiting for the corona's report to ascertain the actual cause of Elorm's death.

Sources close to the family indicate that several telephone calls were made on that fateful day to Elorm without a response.

The source said the call which started from 5:00am was finally picked at 12:15 pm by a man who only introduced himself as a tailor.

A family spokesman, Justice Tsekpo, told DAILY GUIDE that he started calling his niece as early as 5:00am since that was the time they normally talked and greeted each other.

'But to my surprise, she failed to respond after which I dialed five more times when a male voice answered,' he disclosed.

Mr Tsekpo who looked disturbed said he pleaded with the 'tailor' to allow him talk to his niece, only to be told Elorm was seriously ill and could therefore not talk to anyone.

According to him, he received another call from the tailor who finally introduced himself as the benefactor who secured a job for Elorm as a house- help.

'I became alarmed as I could not understand how she could fall sick so suddenly, having spoken with her the previous day. Earlier upon my arrival in the house, I was told Elorm was in her employer's house along the 13th Street where she usually went to assist her, with the instruction that I should be directed to the place,' a very perplexed Mr Tsekpo narrated.

He averred that after some consultation among the duty policemen and an official of a private security company, he was told that the body of his niece was found floating on a swimming pool in the house at about 10:45am, wearing only her underpants and brassiere.

'They also showed me a pair of slippers, lady's underwear, a skirt and a blouse, a sachet of water by the swimming pool, Mr Tsekpo told DAILY GUIDE.

Investigations by DAILY GUIDE revealed that the deceased body was hastily removed from the pool and dumped unto the booth of a taxi and taken to an unknown destination by the Dansoman Police without the knowledge of her relatives.

Further investigations showed that the couple who engaged the services of Elorm had not informed the relatives of the deceased as they were said to have travelled outside the country.

In a state of grief, the family said they suspected foul play and, therefore, appealed to the Inspector General of Police (IGP), the Attorney General (AG) as well as President John Mahama to intervene and ensure that all security personnel on duty in the 'big man's' house be arrested to pave way for an impartial investigation into the matter.

However, an officer at the Criminal Investigation Department (CID) of the Dansoman Police told DAILY GUIDE that the body of the deceased had been deposited at the Police Hospital morgue awaiting autopsy slated for Tuesday, September 15.