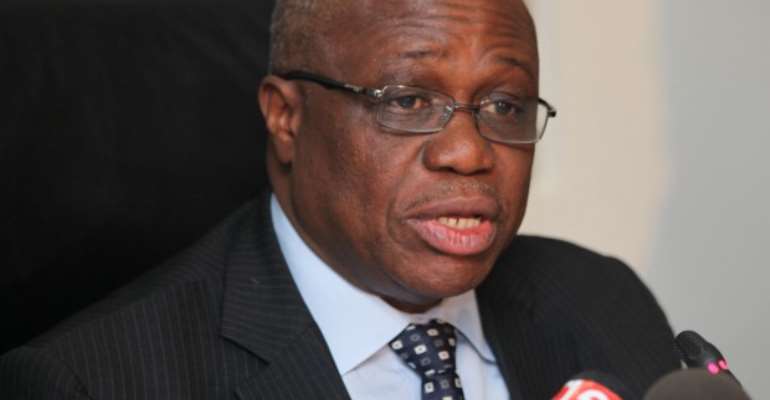 The Association of Gold Exporters of Ghana (AGEG) has threatened to go to court over Bank of Ghana's (BoG) appointment of the Precious Minerals Marketing Company (PMMC) as the certifier for gold exports.

A statement from the association also questioned the apex bank's notification to it through an advertisement to comply with a directive in only eight days.

'We have not responded to a letter dated July 16, 2015 in which AGEG made proposals to enhance the repatriation of proceeds from gold exports,' it indicated.

At its emergency meeting held last Tuesday, the association said that 'much as it would cooperate with the Central Bank to enhance proper monitoring of gold exports and repatriation of proceeds, it did not recognize PMMC as a conformity assessment body capable of testing and certifying their exports from Ghana.'

The chairman of AGEG, Kwabena Asante-Asare told BUSINESS GUIDE that 'PMMC is a competitor that also buys gold from small-scale miners for export and should not be made to appear to have the mandate to regulate and assess just because it is a state-owned enterprise.'

He said the association finds the position of the BoG disturbing as per two letters from Ghana Standard Authority (GSA) to the bank which were copied to it.

The authority was planning to commence the assay and export certification of gold on the same date given by the Central Bank, September 15, 2015.

The chairman cited the Minerals and Mining Act 2006, Act 703 which stipulated that it is the Minister of Lands and Mineral Resources who on the advice of the Minerals Commission, which is the regulator of gold export operations, issues licences for gold exports.

The apex bank on the other hand is mandated by the Foreign Exchange Act 703 to ensure that proceeds from exports are repatriated back into the country, he explained.

Mr. Asante-Asare said the Central Bank could knowingly attempt to arrogate to itself the lawful mandate of other state institutions, pointing out that 'the bank was not only infringing on the mandate of GSA, but it was also trying to usurp the powers of the sector minister to license gold exporters by insisting that all exports of gold are to be done only through PMMC.'

The association indicated its readiness to meet officials of the BoG within the limited time to address their concerns.

AGEG said they would go to court to seek redress if their concerns are not addressed.