Lack Of Law Enforcement – The Main Source Of A Worker's Woes 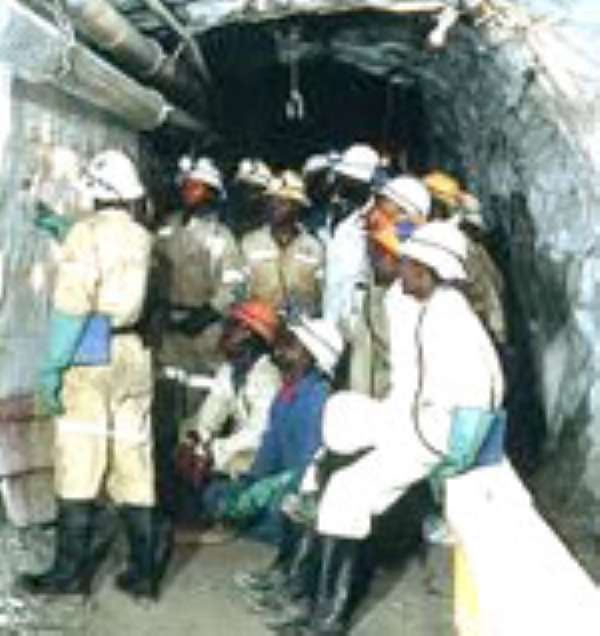 Some of us are of the utmost conviction that all our woes as a people or workers can be traced directly to the lack of WILL to enforce our own laws. The main body in charge of enforcing laws is the executive arm of government. There are uncountable examples we can give to support this argument. However, we will focus on just one theme for today – rent control laws.

LANDLORDISM is the new tyranny in Ghana. Many workers in urban centres live at the mercy of exploitative and abusive landlords who operate absolutely in blatant violation of the Ghana rent control laws.

The rent control laws allow landlords to charge six (6) months’ rent advance. The rent control laws of Ghana also prohibit landlords from charging in USD or any other foreign currency. However, due to lack of enforcement, citizens are subjected to two (2) years rent advance or sometimes more with arbitrary increases. Others also charge in USD especially commercial purpose rentals.

The people and institutions that we pay with our taxes to enforce the rent control law appear to be TOTALLY and UTTERLY toothless. Listening to the chief rent controller, one begins to wonder if the existence of the whole rent control department is relevant and worthy of our taxes.

On January 3 2015, Mr. Addo Soin Dombo who prides himself as chief rent controller ‘appealed’ to landlords through graphiconline.com not to charge more than six months advance and also not to increase rent arbitrarily.

‘The Chief Rent Controller, Mr Addo Soin Dombo, in an interview with the Daily Graphic in Accra, said the current situation where landlords charged two years’ rent advance was illegal.

Mr Dombo urged tenants to resist attempts by landlords to arbitrarily increase rent charges, explaining that rent could only be increased when the landlord had made some improvement in the apartment where the tenant lived.

He said before a landlord could increase rent charges, he was under law to contact the department for assessment and said such increment was supposed to be two per cent after every two years.’

‘Mr Dombo cautioned estate developers and landlords to stop charging rents in dollars as it constituted a criminal offense under the laws of Ghana.

He expressed disappointment that the landlords who demanded rent payment in dollars were those who knew the position of the law’.

And as if that is not enough gobbledygook, he goes on to say the following:

‘Touching on taxes, the Chief Rent Controller said the law required that landlords pay eight per cent of their annual rent income tax to the Ghana Revenue Authority (GRA) and appealed to the GRA to collaborate with the department to know the exact amount of money each landlord was supposed to pay.

He also said every landlord was obliged to pay rent tax and property rate, adding that those were the areas the department and the GRA needed to collaborate, since some landlords understate their rent income’.

But why won’t the landlords understate their rent income? Knowing full well that we have a toothless chief rent controller and a corrupt revenue authority, the tyranny of landlordism cannot be doused.

And yet, we can be sure Mr. Soin Dombo enjoys a full bungalow with boys’ quarters and all the allowances and conditions of service that comes with his empty title. Why won’t workers agitate all over the country with this prevailing situation? This singular lack of enforcement of rent control laws contributes to about 80% of workers woes in this country.

Why, a worker earns gh500 per month and must pay a rental of gh200 per month, plus he has to ‘’vomit’’ twenty-four (24 months) advance to pay the landlord who will pay no penny to the state as taxes. If this is not tyranny, what is it? And how can such a worker survive without ‘ways and means’?

The only way to live above this tyranny is to build a house and become a landlord. This is a life -in -prison sentence to poor people. How many poor people will ever in their life-time come out of such a prison? The main purpose of government is law enforcement - without which policy is TOTALLY and UTTERLY useless.

The 1986 Nobistor Affair meant to overthrow the Rawlings-led...
57 minutes ago