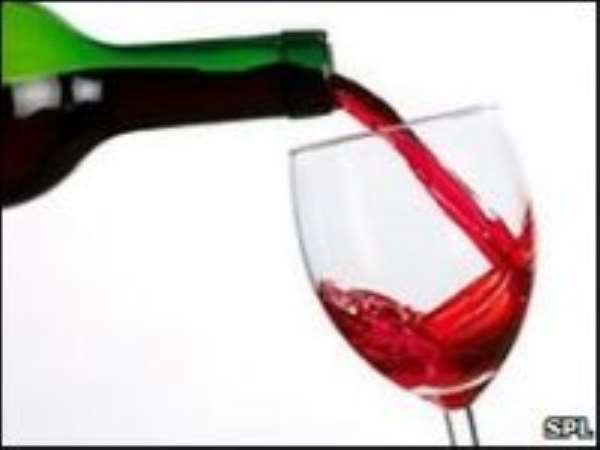 Dear Men,
“Sometimes when I reflect back on all the beer I drink I feel ashamed. Then I look into the glass and think about the workers in the brewery and all of their hopes and dreams. If I didn’t drink this beer, they might be out of work and their dreams would be shattered. Then I say to myself, It is better that I drink this beer and let their dreams come true than to be selfish and worry about my liver.”

This threat to destiny was formerly an antidote from the drug store or the hospital but now the abuse has reach the gate of heaven and I only want to be a mouthpiece of communiqué to my dear men, and I just hope you will not mistake my concern for blabbermouth. Please men permit me to define alcohol,Alcohol is a drug (a chemical that has an effect on the body, and is not a food).

If it hadn’t been this eye opening definition of Alcohol I would have thought alcohol was a normal consumable because of how some men consume it.Am not also defending Benjamin Franklin when he said “Beer is proof that God loves us and wants us to be happy.” I have seen men, married, dating, single, attached and detached who have used alcohol as food until they experience marginal utility.Men!!! Please don’t be worried why am talking about you today, tomorrow is for the ladies. But since the good book said we are the head, let’s deal with ourselves first.At first the only times I used alcohol is when am under the surveillanceand tonsorial of my barber but now things have changed.

Based on the analyses of 100 individual country profiles, The World Health Organization (WHO) has released The Global Status Report on Alcohol and Health focused on analyzing available evidence on alcohol consumption, consequences and policy interventions at global, regional and national levels.It is dangerous to assume that an unconscious person will be fine by sleeping it off.

Alcohol acts as a depressant, hindering signals in the brain that control automatic responses such as the gag reflex. Alcohol also can irritate the stomach, causing vomiting. With no gag reflex, a person who drinks to the point of passing out is in danger of choking on vomit, which, in turn, could lead to death by asphyxiation. Even if the drinker survives, an alcohol overdose can lead to long-lasting brain damage.( I can hear my colleagues scream eeeeeiiiiiiii, this one deei e be lie). Bro, hold on we are not done. Men maybe you have gotten to a point of overwhelming addiction so going back is almost like waiting for dew in the rain. If so please then pass this message to your younger brother who is arguing that drinking ethanol is not sinful because they deem it thoughtful.

Tell him about Australia. The Law in Australia says that children under 18 cannot buy alcohol, or be served with alcohol in a hotel, and they are not allowed to be given alcohol in any public place unless they are given the alcohol by their parent. But I have seen children below 16 either serving themselves or they are been served under the disguise of human right. If it was good, it would have been recommended in all schools. Please am not saying my dear country does not have laws regulating consumption of alchohol oooh, am only saying I have witnessed. Men please let’s analyze the following as proposed by the National Council on Alcoholism and Drug Dependence, Inc (NCADD):

• Harmful use of alcohol results in the death of 2.5 million people annually, causes illness and injury to millions more, and increasingly affects younger generations and drinkers in developing countries.

• Nearly 4% of all deaths are related to alcohol. Most alcohol-related deaths are caused by alcohol result from injuries, cancer, cardiovascular diseases and liver cirrhosis.

• Almost 50% of men and two-thirds of women do not consume alcohol.

• Harmful alcohol use is one of four common risk factors, along with tobacco use, poor diet and physical inactivity, for the four main groups of non- communicable diseases (NCDs) – cardiovascular diseases, cancer, chronic lung diseases and diabetes.

The above uninvited guests are enough to rethink our decision of been baptized with strong drink whether in this world or the world to come. It was after this I understood why the good book said in Isaiah 5:22 that woe unto those that are heroes at drinking wine and champions at mixing drinks. Hmmmm I have virtually seen young men drinking Agoglo( hard liquor) before eating or drinking a common rice water and I asked myself is this also appetizer or a mere demonic dominance. Anyway let’s move on. Men!! From where I come from, funeral grounds are supposed to be reminiscing moment of life appraisal but where I found myself now, funeral grounds have become a place to demonstrate ones testicular fortitude as it relate to alcohol intake. Men I want to emphasize that the fact that Kurt Paradis said “All is fair in love and beer” doesn’t justify the excessive intake. Am not judging you oooh, am only telling us.

I have not seen a man break down another man than alcohol have done, I hardly see men in green becoming weak and vulnerable but alcohol has the capacity to make and unmake both men in green and black. It has the potency to make a giant fall in a gutter and has the tenacity to cause a king to forget the laws, it can cause a best man fight the groom and cause the man in the six o’clock news end the news when we have not even discuss the penultimate. Alcohol! Alcohol!! Alcohol!!!.

Anyway I envy people who drink because at least they have something to blame everything on and beauty they say lies in eyes of the beer holder. Blame game, unearthing of secret, over talking, inexplicable elaboration and wife- beating is the results of the excessive intake of this chemical fluid. Men, I know for some reasons we may not stop but the minimal intake can cause us to retain mental sanity and emotional stability to make decisions.

Alcohol is not an ordinary commodity. Despite its connotations of pleasure and sociability in the minds of many, harmful consequences of its use are diverse and widespread.

From a global perspective, in order to reduce the harm caused by alcohol , policies need to take into account specific situations in different societies. Average volumes consumed and patterns of drinking are two dimensions of alcohol consumption that need to be considered in efforts to reduce the burden of alcohol-related problems. Avoiding the combination of drinking and driving is an example of measures that can reduce the health burden of alcohol.Men, I hope you know that worldwide, alcohol takes an enormous toll on lives and communities, especially in developing countries and its contribution to the overall burden of disease is expected to increase in the future. Particularly worrying trends are the increases in the average amount of alcohol consumed per person in countries such as China and India and the more harmful and risky drinking patterns among young people. I rest my case until we meet on the issue regarding womanizing and Porous friends.