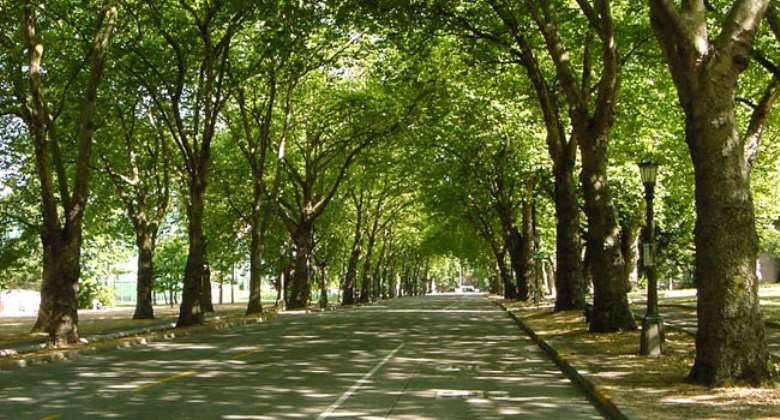 Delegates of the 46 developing countries present at the Rome which was supported by FAO and the Governments of Italy, Australia, Finland, the Netherlands and New Zealand workshop signaled their readiness to act on deforestation, 80 percent of which is due to increased farmland to feed growing populations. Part of the solution is to increase agricultural productivity so that there is less demand to convert forests into farmland.

But they also stressed that, they needed financial help from the developed world to do the job. A major flow of capital from north to south – under new instruments still waiting to be negotiated would be required to help the developing nations conserve their forests.

Such incentives could come in the form of carbon credits as further action under the Kyoto Protocol, which governs greenhouse gas emissions from industrial sources in developed countries. It could also come directly under the Climate Change Framework Convention or from bilateral agreements between donors and developing countries on country-wide forest conservation projects.

Most people assume that global warming is caused by burning oil and gas. But in fact between 25 and 30 percent of the greenhouse gases released into the atmosphere each year – 1.6 billion tonnes – is caused by deforestation.

Trees are 50 percent carbon. When they are felled or burned, the C02 they store escapes back into the air. According to FAO figures, some 13 million ha of forests worldwide are lost every year, almost entirely in the tropics. Deforestation remains high in African countries like Ghana. By most accounts, deforestation in tropical rainforests adds more carbon dioxide to the atmosphere than the sum total of cars and trucks on the world’s roads. According to the World Carfree Network (WCN), cars and trucks account for about 14 percent of global carbon emissions, while most analysts attribute upwards of 15 percent to deforestation.

The reason that logging is so bad for the climate is that when trees are felled they release the carbon they are storing into the atmosphere, where it mingles with greenhouse gases from other sources and contributes to global warming accordingly. The upshot is that we should be doing as much to prevent deforestation as we are to increase fuel efficiency and reduce automobile usage.

According to the Environmental Defense Fund (EDF), a leading green group, 32 million acres of tropical rainforest were cut down each year between 2000 and 2009—and the pace of deforestation is only increasing. “Unless we change the present system that rewards forest destruction, forest clearing will put another 200 billion tons of carbon into the atmosphere in coming decades…,” says EDF.

“Any realistic plan to reduce global warming pollution sufficiently—and in time—to avoid dangerous consequences must rely in part on preserving tropical forests,” reports EDF. But it’s hard to convince the poor residents of the Amazon basin and other tropical regions of the world to stop cutting down trees when the forests are still worth more dead than alive. “Conservation costs money, while profits from timber, charcoal, pasture and cropland drive people to cut down forests,” adds EDF. Exacerbating global warming isn’t the only negative impact of tropical deforestation. It also wipes out biodiversity: More than half of the world’s plant and animal species live in tropical rainforests.

One way some tropical countries are reducing deforestation is through participation in the United Nations’ Reducing Emissions from Deforestation and Forest Degradation (REDD) program. REDD essentially works to establish incentives for the people who care for the forest to manage it sustainably while still being able to benefit economically. Examples include using less land (and therefore cutting fewer trees) for activities such as coffee growing and meat and milk production. Participating nations can then accrue and sell carbon pollution credits when they can prove they have lowered deforestation below a baseline. The REDD program has channeled over $117 million in direct financial aid and educational support into national deforestation reduction efforts in 44 developing countries across Africa, Asia and Latin America since its 2008 inception. Brazil is among the countries embracing REDD among other efforts to reduce carbon emissions. Thanks to the program, Brazil has slowed deforestation within its borders by 40 percent since 2008 and is on track to achieve an 80 percent reduction by 2020. Environmentalists are optimistic that the initial success of REDD in Brazil bodes well for reducing deforestation in other parts of the tropics as well.

which will, in turn, have a regional effect on the temperature.

Since we live in an age where carbon dioxide is very abundant in the atmosphere, released through man-made inventions, such as cars, factories, and power plants, it is vital, more than ever, that trees fulfill their part in the environment and take some of the excess carbon dioxide out of the air. Unfortunately, deforestation is preventing this job to be fully accomplished, and with half of all the Earth's forests gone, and four million trees cut down each year just for paper use, the amount of carbon dioxide is rising.

With more carbon dioxide in the atmosphere, more of the sun's radiation is being reflected back to earth, instead of space, and this is causing our average temperature to rise. In this way, deforestation is a major issue when it comes to global warming in Ghana. If we conserve our supply of trees and make recycling a higher priority, then we can reduce the number of trees that are cut down. I therefore urge the government of Ghana to act now by placing Afforestation as a priority in national campaigns as desert is approaching the northern part of the country